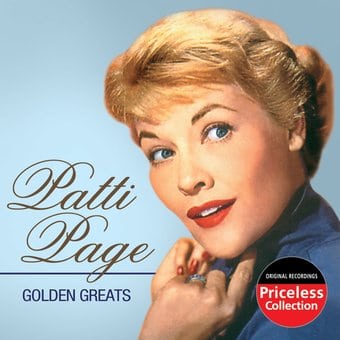 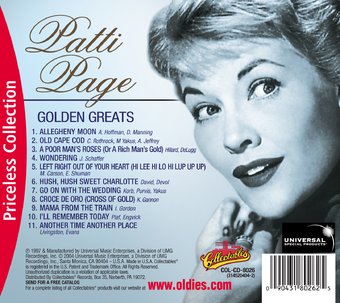 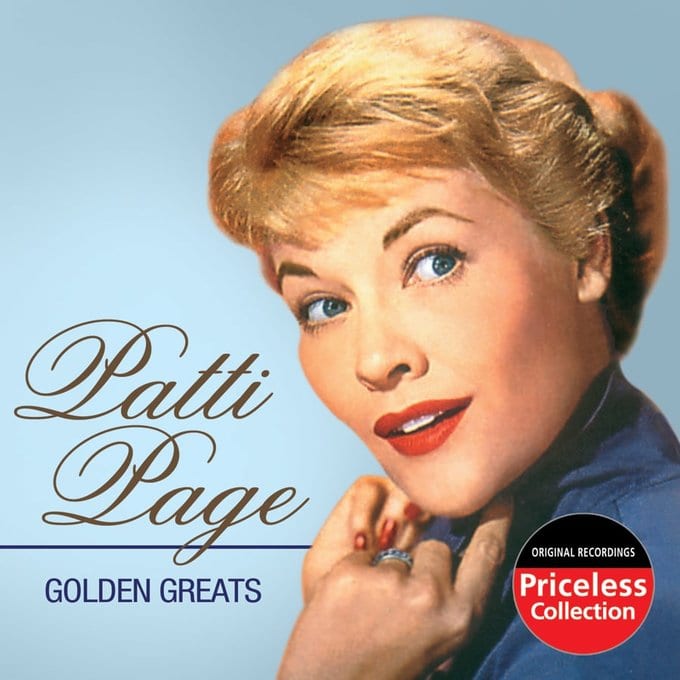 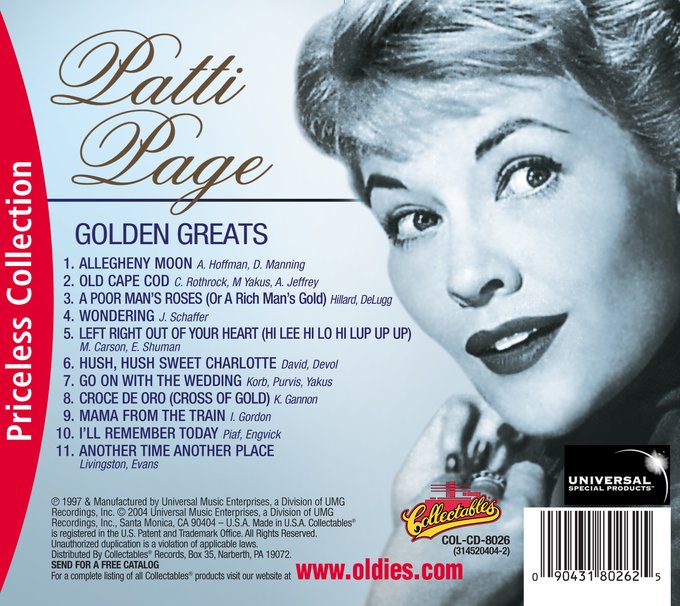 A budget-priced 11-track collection of favorites from Patti Page. All original recordings.

The correct title for this generically named budget compilation should be Patti Page's Last Ten Greatest Hits, because that's what it contains: ten tracks, each of which made the Top 25, all but one of them between late 1955 and mid-1958. The exception is Page's 1965 Top Ten hit "Hush, Hush, Sweet Charlotte," her last major hit. Also included are such biggies as "Allegheny Moon" and "Old Cape Cod," along with seven other less-well-remembered chart entries. Anyone who already has a good Page hits collection can use this inexpensive item as a complement to that set. ~ William Ruhlmann

25%off
Frank Sinatra
Classics And Standards (CD)
$5.98 on Sale
Add to Cart

25%off
The McGuire Sisters / The Andrews Sisters
Sing The Big Hits (CD)
$5.98 on Sale
Add to Cart