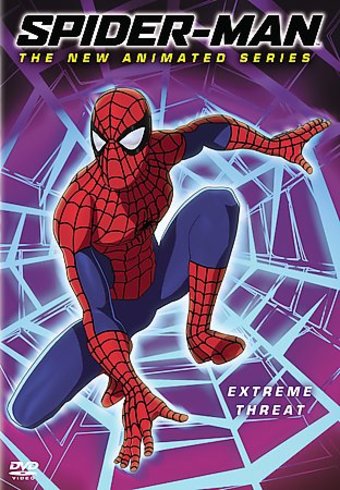 A lush and beautifully animated version of the classic superhero, THE NEW ANIMATED SERIES finds the young Peter Parker trying to live life as a normal college kid. The bite he suffered a few years ago from an irradiated spider, and the resulting superhuman powers he was subsequently endowed with make this a bit challenging. However, he is still beset by the desire to act on his vigilante impulses. He tries to use his powers to promote the general wellbeing of the community, while pursuing the trust of his friends and his romance with Mary Jane. The all-star cast features the voices of singer-songwriter Lisa Loeb (CAKE AND PIE), Neil Patrick Harris (DOOGIE HOWSER, M.D., STARSHIP TROOPERS, UNDERCOVER BROTHER), and Ian Ziering (BEVERLY HILLS 90210). This collection includes the episodes "Royal Scam," "Heroes and Villains," and "Flash Memory."

25%off
Spider-Man: The Return of the Green Goblin
$11.20 Super Savings
Add to Cart