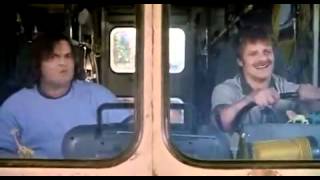 Darren Silverman (Jason Biggs, AMERICAN PIE) and his pals Wayne (Steve Zahn) and J.D. (Jack Black) are close friends since high school who perform together in a Neil Diamond cover band. Enter Darren's shrewd psychologist bride-to-be Judith (Amanda Peet, THE WHOLE NINE YARDS), who constantly schemes to keep Darren from hanging out with his old slacker buddies. Anxious to hold onto their right to spend time with Darren, Wayne and J.D. decide that they must stop at nothing to prevent the wedding from taking place and reunite Darren with his first love--who is about to become a nun! Dennis Dugan's (HAPPY GILMORE) comedy attempts to harness the white-hot comedic talents of Zahn and Black, throwing in an inspirational appearance from Neil Diamond himself, to tell a hilarious tale of undying friendship.

2 Best Friends + 1 Girlfriend = WAR! Darren Silverman (Jason Biggs), Wayne Lefessier (Steve Zahn) and J.D. McNugent (Jack Black) have been best friends since the fifth grade. Enter Judith (Amanda Peet), a cold-hearted beauty who digs her claws into sweet-natured Darren. She snatches him from his friends and even breaks up their cover band. J.D. and Wayne try every imaginable scheme to save Darren- and their friendship - but fail miserably. When they find out Darren has been brainwashed into marrying Judith, the dim-witted duo decide to kidnap her and reunite Darren with his long-lost love, before she becomes a nun!

There's Something About Mary
$4.19 Spring Sale
Add to Cart

25%off
Sexpots From Space Double Feature: Voyage To The Planet of... (DVD-R) TOP 25 Bestselling DVD
$5.95 Spring Sale
Add to Cart