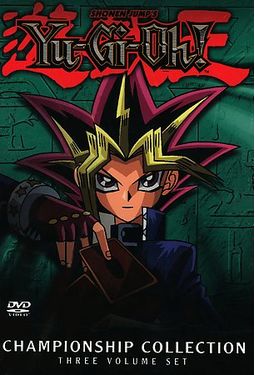 Duel Monsters is a game enjoying great popularity with teens such as Yugi, Tea, Joey, and Tristan. The game pits cards of monsters against one another in vicious battles in the style of an ancient Egyptian legend. When Yugi's grandfather gives him a puzzle with hidden magic, the fantasy game becomes a reality as Yugi and his friends transform into warriors who duel their way through a maze of mythic Egyptian creatures. This 3-disc set collects volumes 11-13: "Best of Friends, Best of Duelists," "Match of the Millennium, Part 1," and "Match of the Millennium, Part 2."