Get email alerts for Jefferson Airplane
Currently Out of Stock: We'll get more as soon as possible
Notify Me When Available
Add to Wishlist
Format:  Vinyl LP
item number:  GLP 15201
Our customers love us! 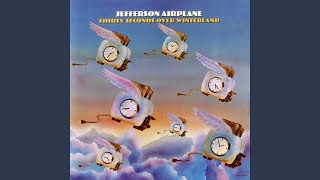 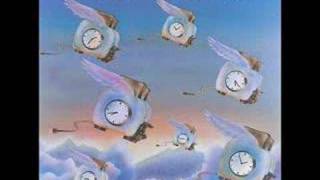 Jefferson Airplane - Have You Seen The Saucers? (Music Video)

Jefferson Airplane: Paul Kantner, Jorma Kaukonen (vocals, guitar); Grace Slick, David Freiberg (vocals); Papa John Creach (violin); Jack Casady (bass); John Barbata (drums).
Recorded by Wally Heider's remote unit.
This live set was Jefferson Airplane's last release (until the band reformed in 1989) and was recorded at the group's final two concerts, which were at Chicago's Auditorium Theater and San Francisco's Winterland.
The Airplane's second official live album necessarily suffers in comparison with the first, BLESS ITS POINTED LITTLE HEAD, which is one of the genuinely great artifacts of the '60s. Still, considering that the band was in the process of breaking up as THIRTY SECONDS OVER WINTERLAND was being recorded, it's rather amazing that it's as good as it is. Despite the absence of founding member Marty Balin, the group's trademark dueling harmonies soar as high as ever (former Quicksilver Messenger Service bassist David Freiberg is the designated vocalist), and the addition of jazz and blues violinist Papa John Creach provides an interesting counterpoint to the roiling psychedelic guitar of Jorma Kaukonnen and the rumbling, volcanic bass of Jack Cassady. High point: An impassioned run-through of "Have You Seen the Saucers" that pretty much renders the studio version irrelevant.

23%off
Jefferson Airplane
Takes Off
$5.40 Super Savings
Add to Cart