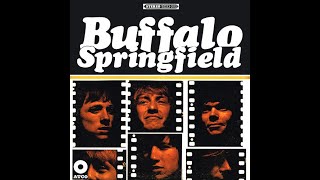 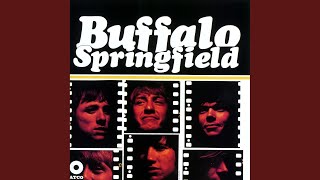 Buffalo Springfield: Neil Young (vocals, guitar, piano); Stephen Stills, Richie Furay (vocals, guitar); Bruce Palmer (bass); Dewey Martin (drums).
Recorded at Gold-Star Studios and Columbia Studios, Hollywood, California.
Like the Byrds, Buffalo Springfield were influential in the melding of rock and folk that led to the country-rock sound of the '70s. Neil Young and Stephen Stills were the main singers/songwriters, constantly battling for creative control of the group. From this tempestuous union came melodic rock that ranged from Young's waltz-flavored "Nowadays Clancy Can't Even Sing" and the Beatlesque "Burned" (featuring Young's piano playing) to Stills' muscular guitar style on "Leave," which foreshadowed his subsequent work with Crosby, Stills & Nash. Fame came by way of Stills' "For What It's Worth," a moody song about a cops-versus-kids conflict on Sunset Boulevard. Two turbulent years and two albums later, Buffalo Springfield broke up, but they'd already blazed the trail for their disciples to follow.

16%off
Soundtrack
Echo In The Canyon (Original Motion Picture Soundtrack)...
$22.70
Add to Cart