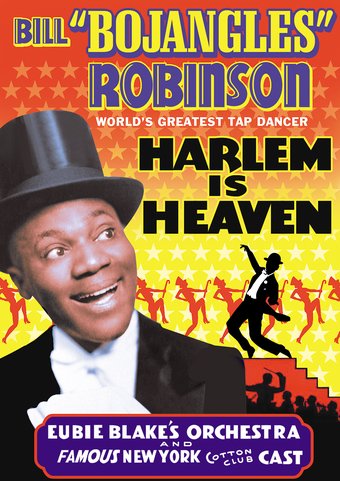 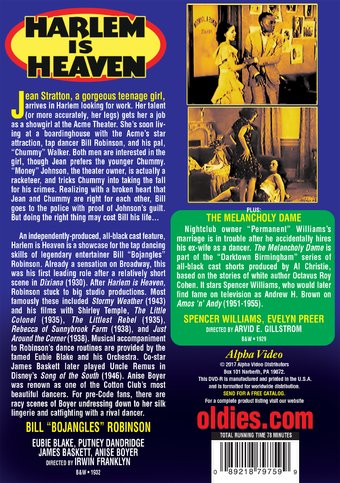 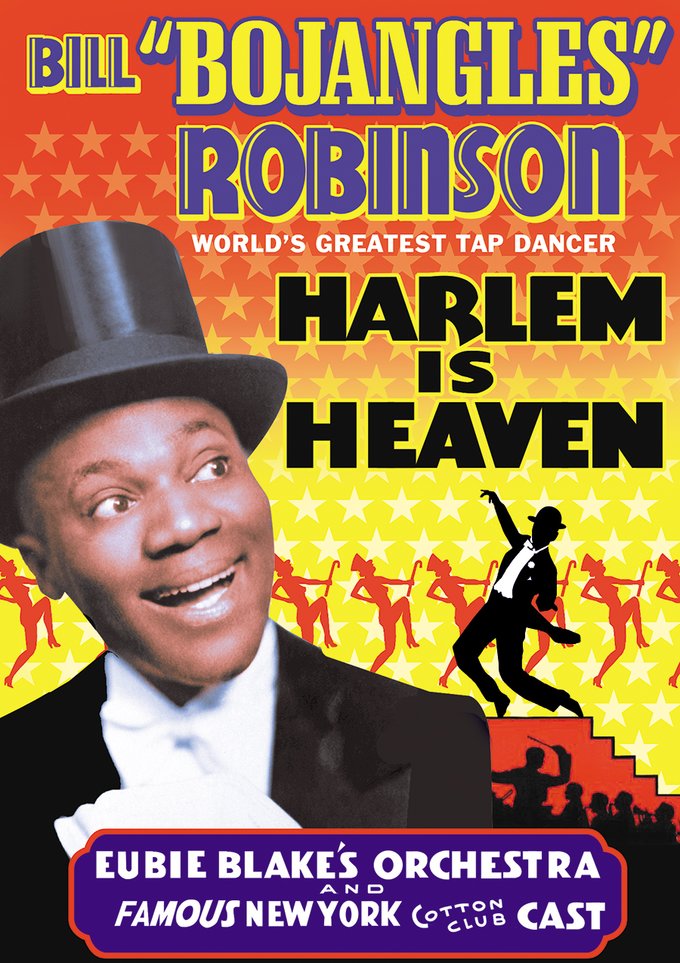 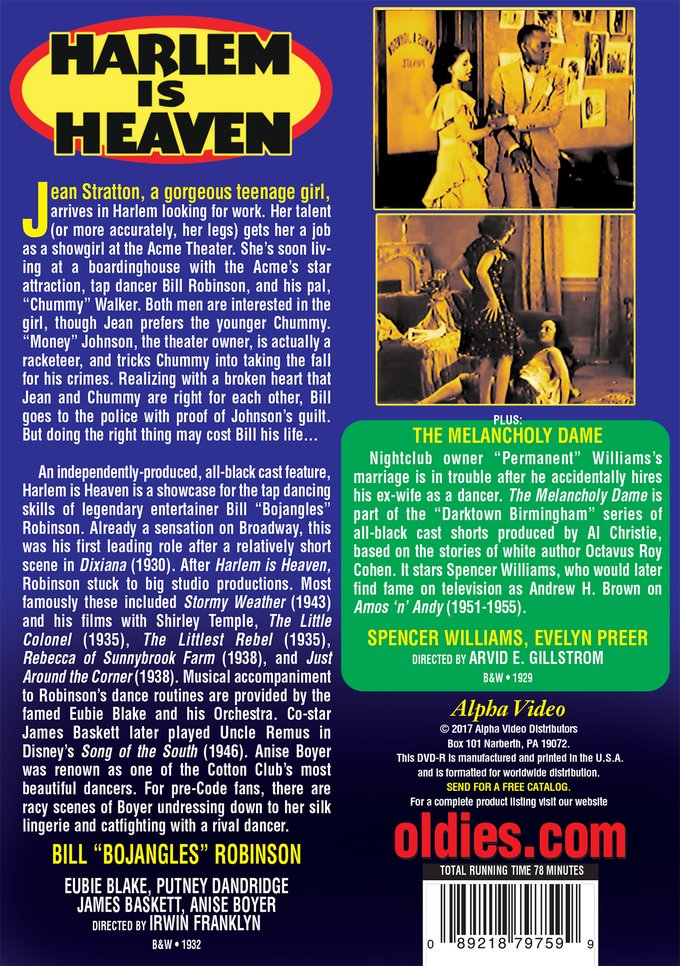 Jean Stratton, a gorgeous teenage girl, arrives in Harlem looking for work. Her talent (or more accurately, her legs) gets her a job as a showgirl at the Acme Theater. She's soon living at a boardinghouse with the Acme's star attraction, tap dancer Bill Robinson, and his pal, "Chummy" Walker. Both men are interested in the girl, though Jean prefers the younger Chummy. "Money" Johnson, the theater owner, is actually a racketeer, and tricks Chummy into taking the fall for his crimes. Realizing with a broken heart that Jean and Chummy are right for each other, Bill goes to the police with proof of Johnson's guilt. But doing the right thing may cost Bill his life...

An independently-produced, all-black cast feature, Harlem is Heaven is a showcase for the tap dancing skills of legendary entertainer Bill "Bojangles" Robinson. Already a sensation on Broadway, this was his first leading role after a relatively short scene in Dixiana (1930). After Harlem is Heaven, Robinson stuck to big studio productions. Most famously these included Stormy Weather (1943) and his films with Shirley Temple, The Little Colonel (1935), The Littlest Rebel (1935), Rebecca of Sunnybrook Farm (1938), and Just Around the Corner (1938). Musical accompaniment to Robinson's dance routines are provided by the famed Eubie Blake and his Orchestra. Co-star James Baskett later played Uncle Remus in Disney's Song of the South (1946). Anise Boyer was renown as one of the Cotton Club's most beautiful dancers. For pre-Code fans, there are racy scenes of Boyer undressing down to her silk lingerie and catfighting with a rival dancer.

PLUS: The Melancholy Dame (1929): Nightclub owner "Permanent" Williams's marriage is in trouble after he accidentally hires his ex-wife as a dancer. The Melancholy Dame is part of the "Darktown Birmingham" series of all-black cast shorts produced by Al Christie, based on the stories of white author Octavus Roy Cohen. It stars Spencer Williams, who would later find fame on television as Andrew H. Brown on Amos 'n' Andy (1951-1955). Starring Spencer Williams, Evelyn Preer. Directed by Arvid E. Gillstrom.