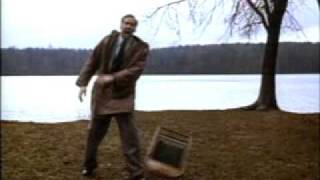 A sad-sack Secret Service agent is assigned to protect a feisty former First Lady in this comic look at an oddball relationship. If they weren't so busy fighting with each other, they might just be friends.

Tess Carlisle is the widow of a former United States President. A quarrelsome older woman, she's known for her belligerent manner and her blatant disregard for protocol. For Doug Chesnic, the Secret Service agent assigned to the widow, standing watch over the cantankerous old lady is more than he can tolerate. After three long years as her bodyguard, Doug finally gets a new assignment. But before he's had the chance to celebrate, Tess has him brought back to her Ohio home for yet another go at being her bodyguard. Tess and Doug may be like oil and water together, but they'll soon realize that they've needed each other all along.