The Mysteries of Pittsburgh R

Sometimes life leads you to the most mysterious places. 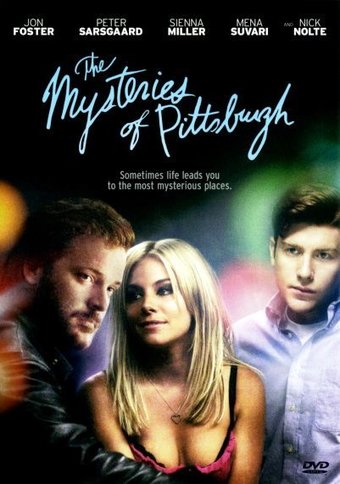 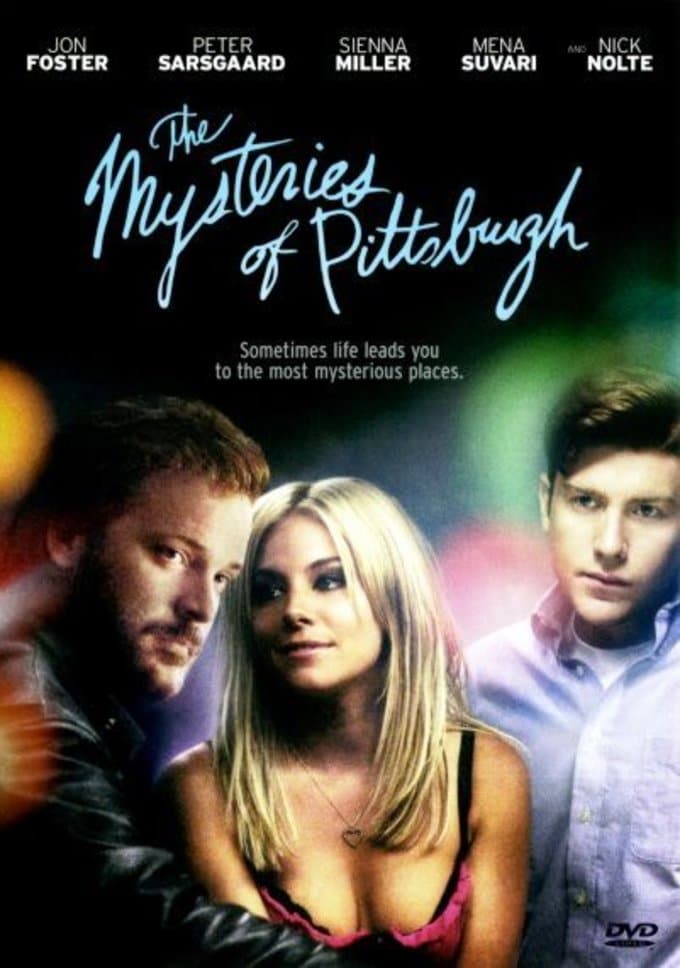 5.8K ratings
Currently Out of Stock: We'll get more as soon as possible
Notify Me When Available
Add to Wishlist
Format:  DVD
item number:  XTX 02806D
91% recommend us!

Adapting a subtle, treasured novel is no enviable task. Yet it's that admittedly mammoth undertaking that is at the core of the success or failure of THE MYSTERIES OF PITTSBURGH, director Rawson Marshall Thurber's film version of Michael Chabon's debut novel. As a book, MYSTERIES masterfully builds upon the rich tradition of coming-of-age novels through a combination of unique characters, a simple yet intriguing plot, and a quiet celebration of the hidden delights (the "mysteries," if you will) of a small city. Thurber, who also wrote the screenplay, takes huge liberties in reworking the source material--the story of Art Bechstein (Jon Foster), the son of a known gangster, and his conflicting love for two of his bohemian friends (one a woman, the other a man) in the summer following his college graduation--and in the process creates a film that is a mere shadow of the novel on which it was based. Working with a varied cast of novice and more experienced actors (Sienna Miller, Mena Suvan, Nick Nolte, Peter Sarsgaard), Thurber does his best to recreate the melancholic wonder of falling in love, grappling with the expectations of family, and adjusting to one's adult skin, yet Chabon's novel is perhaps too nuanced to lend itself to an easy big-screen transition. That's not to say that Thurber's effort is not gallant and in its own way charming; rather, film is film, literature is literature, and, more often than not, never the twain shall meet.