355K ratings
Currently Out of Stock: We'll get more as soon as possible
Notify Me When Available
Add to Wishlist
Format:  DVD
sku:  XTM 00020D
Our customers love us! 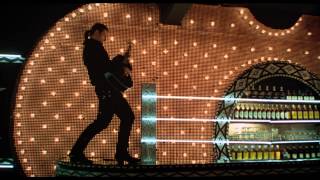 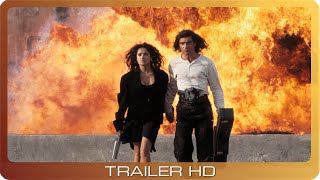 "The client is always wrong."
- sign in the bar run by Short Bartender (CHEECH MARIN).
"It's easier to pull the trigger than play the guitar.... It's easier to destroy than to create."
- El Mariachi (ANTONIO BANDERAS)

The no-named Mariachi (Antonio Banderas) tracks down the last Mexican drug-lord "Bucho" with the help of his best friend and a beautiful book store owner (Salma Hayek). In a poetically violent style reminiscent of John Woo and Sam Peckinpah, the Mariachi takes on his entire army of henchmen in a dusty border town as an act of revenge for the murder of his love and his injured musician's hand. Robert Rodriguez's big budget sequel to "El Mariachi." Also starring Cheech Marin (of Cheech and Chong) and Steve Buscemi (RESERVOIR DOGS).

Director Robert Rodriguez' sequel to his 1993 ultra low-budget movie, "El Mariachi." This film continues the story of the no-name, solitary, brooding mariachi, whose guitar case is stocked with high-powered weaponry. The musician is in a sleepy Mexican town seeking revenge against the much-feared, ruthless Bucho, a drug dealer who once shot El Mariachi in his strumming hand, and killed his girlfriend. When Bucho hears that the guitarist is looking for him, he sends his men out to forestall the attack -- which leads to many well-choreographed and bloody shootouts. Will the Latin adversaries ever confront each other directly' And if so, who will survive'