A fearless pearl diver fights a rival chieftain for the hand of a beautiful girl in this historic film, one of the first movies made in the Philippines. 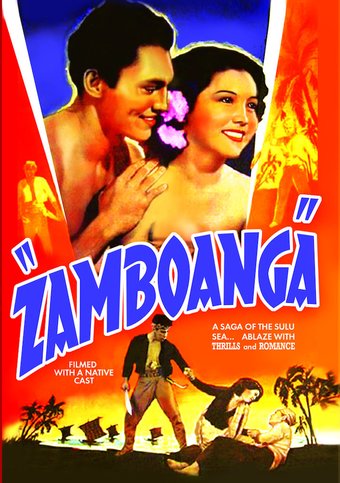 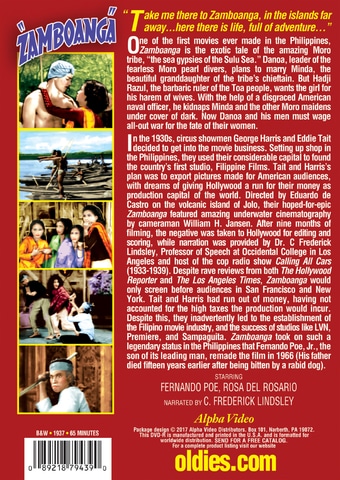 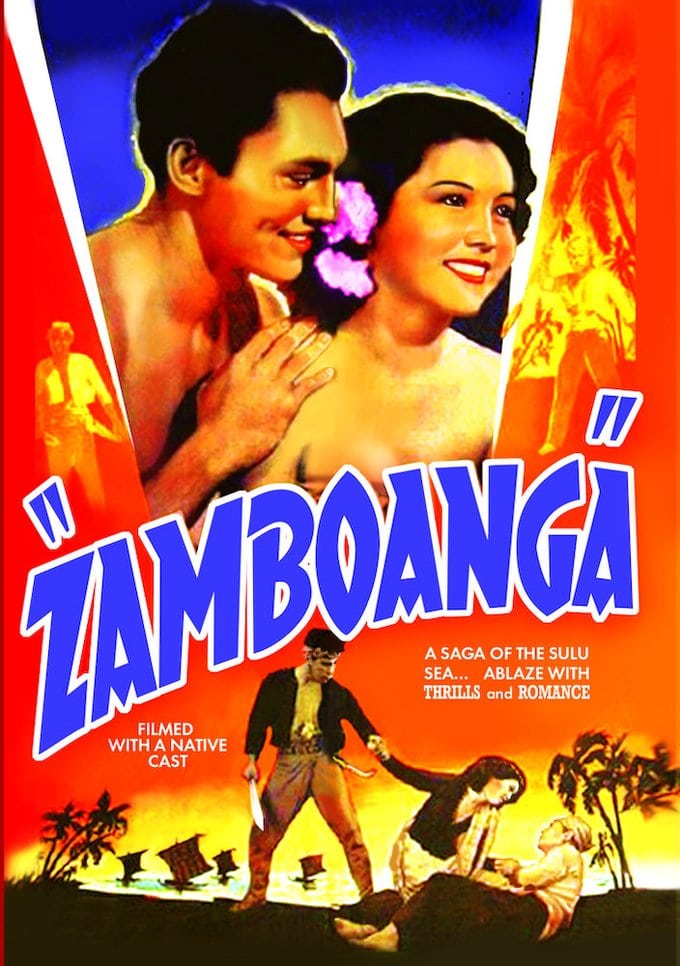 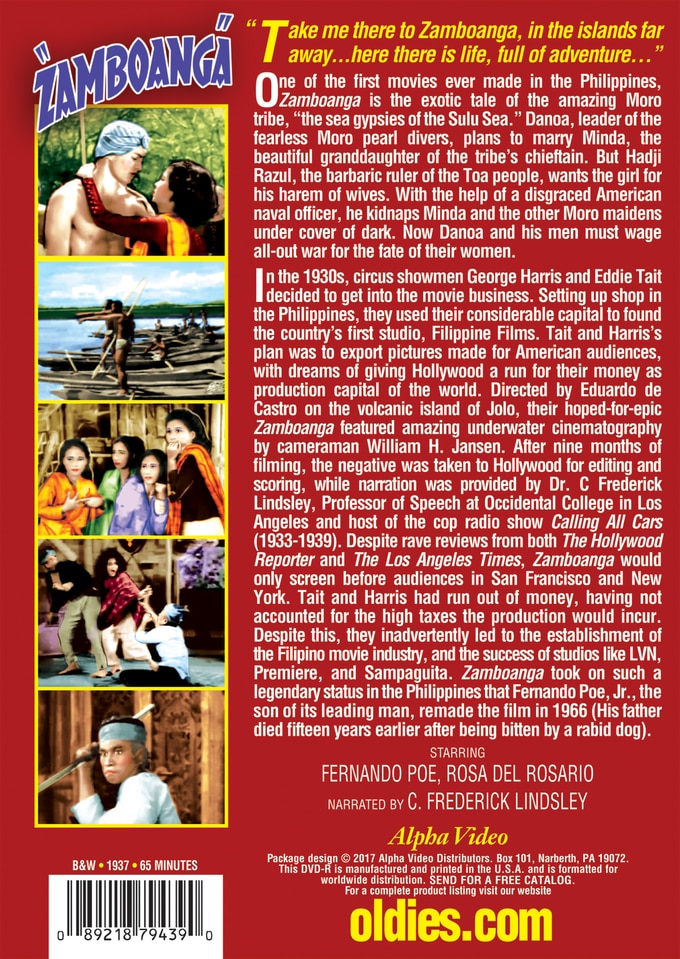 "Take me there to Zamboanga, in the islands far away...here there is life, full of adventure..." One of the first movies ever made in the Philippines, Zamboanga is the exotic tale of the amazing Moro tribe, "the sea gypsies of the Sulu Sea." Danoa, leader of the fearless Moro pearl divers, plans to marry Minda, the beautiful granddaughter of the tribe's chieftain. But Hadji Razul, the barbaric ruler of the Toa people, wants the girl for his harem of wives. With the help of a disgraced American naval officer, he kidnaps Minda and the other Moro maidens under cover of dark. Now Danoa and his men must wage all-out war for the fate of their women.

In the 1930s, circus showmen George Harris and Eddie Tait decided to get into the movie business. Setting up shop in the Philippines, they used their considerable capital to found the country's first studio, Filippine Films. Tait and Harris's plan was to export pictures made for American audiences, with dreams of giving Hollywood a run for their money as production capital of the world. Directed by Eduardo de Castro on the volcanic island of Jolo, their hoped-for-epic Zamboanga featured amazing underwater cinematography by cameraman William H. Jansen. After nine months of filming, the negative was taken to Hollywood for editing and scoring, while narration was provided by Dr. C Frederick Lindsley, Professor of Speech at Occidental College in Los Angeles and host of the cop radio show Calling All Cars (1933-1939). Despite rave reviews from both The Hollywood Reporter and The Los Angeles Times, Zamboanga would only screen before audiences in San Francisco and New York. Tait and Harris had run out of money, having not accounted for the high taxes the production would incur. Despite this, they inadvertently led to the establishment of the Filipino movie industry, and the success of studios like LVN, Premiere, and Sampaguita. Zamboanga took on such a legendary status in the Philippines that Fernando Poe, Jr., the son of its leading man, remade the film in 1966 (His father, Fernando Poe, Sr., died fifteen years earlier after being bitten by a rabid dog.)

The Lost Valentine
$10
Add to Cart