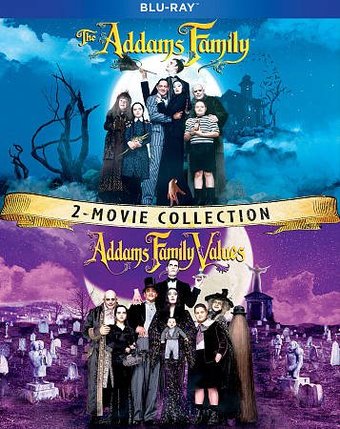 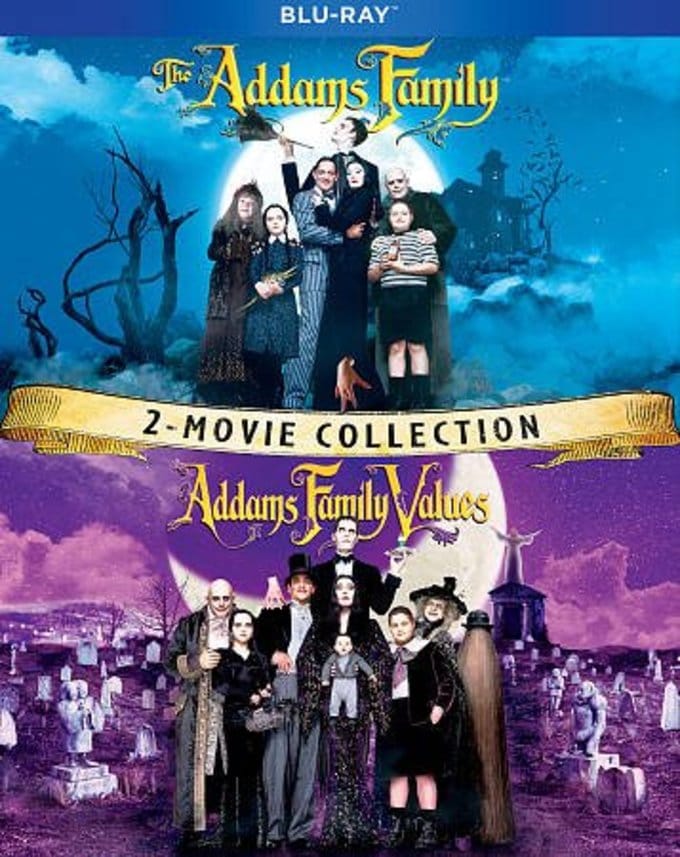 When long-lost Uncle Fester (Christopher Lloyd) reappears after 25 years in the Bermuda Triangle, Morticia (Anjelica Huston) and Gomez (Raul Julia) ecstatically begin plans for a celebration that will wake the dead. Meanwhile, an evil lawyer is plotting ways to get at the ghoulish family's fortunes--which are stashed somewhere within a secret vault inside the family mansion. Only the daughter, Wednesday (played by the brilliant and stunningly stoic Christina Ricci), and the detached servant, Thing, suspect that something rotten is afoot. But can they prove anything before the vault is found and the Addams family is plunged into poverty' THE ADDAMS FAMILY (1991) is not only the cartoon and television family's film premiere but is also the directorial debut of talented cinematographer Barry Sonnenfeld. It has a winningly dark sense of humor that manages to be both lighthearted and macabre.

In ADDAMS FAMILY VALUES (1993), Barry Sonnenfeld has performed the remarkable feat of making a sequel even more entertaining than its predecessor. The charmingly creepy Addams family (based on characters originally created by the morbid Charles Addams) have two new additions, mustachioed baby Pubert and sunny nanny Debbie Jellinsky. While Debbie (wonderfully played by Joan Cusack) charms the adults of the family, particularly Uncle Fester, the children discover that she is actually a serial killer called the Black Widow. The children are soon shipped off to summer camp as part of nanny dearest's diabolical plot. It's at Camp Chippewa that some of the funniest scenes occur, particularly one in which Wednesday tells genuinely terrifying ghost stories to the other campers and another that features both Addams children being sent the Harmony Hut as punishment for trying to escape. Sonnenfeld and production designer Ken Adams (no relation) make sure that each minute is a pleasure to look at by creating a feast of dark visions and macabre sight gags. ADDAMS FAMILY VALUES will be most enjoyed by those with a taste for flip gallows humor.