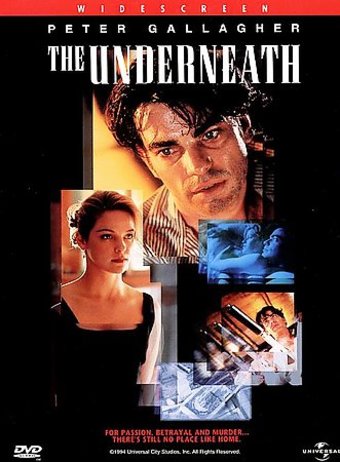 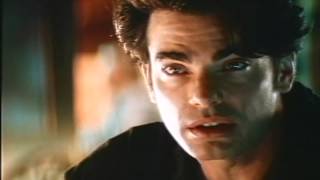 With this cerebral remake of the 1949 film noir gem CRISS CROSS, director Steven Soderbergh has renounced melodrama and suspense to instead create an art film with the emotional weight of Greek tragedy. The film weaves three time frames together to tell its story. In the present, Michael Chambers (Peter Gallagher) returns to Austin, Texas, for his mother's wedding. In the past, he flees town to escape an outrageous gambling debt, ditching his girlfriend, Rachel (Alison Elliott), in the process. And in the future, when Rachel's new boyfriend, Tommy (William Fichtner), a dangerous club owner, catches them having an affair, Michael comes up with a plan for Tommy to rob the armored car he drives. Soderbergh handles his material so deftly that the viewer is left to question whether it is fate or personal responsibility that drove the characters to their ends. Cinematographer Elliot Davis shoots each section with a distinct look in order to further distinguish the film's three chapters, giving the film a visual aesthetic that is overtly stylish and moody. As the flighty Michael, Gallagher is an attractive--and surprisingly comical--presence. His interactions with the rest of the cast (most notably, Elliott) are at turns hysterical, dramatic, and suspenseful.

THE UNDERNEATH is an elliptical noir thriller from director Steven Soderbergh. The story follows a charming drifter who returns to his hometown and launches a scheme to pull off an armored car heist and rekindle his passion for his ex-wife, who's engaged to a mob-connected nightclub owner. When the heist goes awry, the double crosses begin to pile up. Soderbergh's picture is an updated version of the 1948 Burt Lancaster film CRISS CROSS, which in turn was based on the novel by Don Tracy.