8.4K ratings
Currently Out of Stock: We'll get more as soon as possible
Notify Me When Available
Add to Wishlist
Format:  DVD
sku:  F68S
Our customers love us! 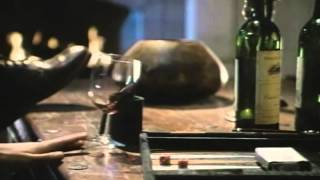 A young, suburban couple find themselves inexorably drawn into increasing lawlessness when a long-lasting, region-wide power failure plunges the entire city into anarchy. Joined by a friend, they flee for other, safer parts of the country, only to face strangers, distrust, fear, and--ultimately--their own humanity.

An examination of the pressures of middle-class suburban life, as seen through the eyes of yuppie couple Matt and Annie one eventful night. After a volatile evening at the movies, the pair come home to find that their daughter has an infection. Shortly thereafter, a blackout occurs in their town, making it tough for Matt to get help for his child. Matters worsen when a macho old friend named Joe pays the couple a surprise visit during the power outage. Soon, macho Joe's working class mores begin to fray Matt's last nerve...
These stressful elements -- combined with alcohol consumption -- manage to remove Matt and Annie from the reality they once knew. And that leads to unfortunate circumstances when a looter breaks into their home...