Talk to Me (Full Screen) R 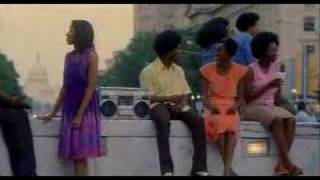 "Talk to Me" Official Trailer 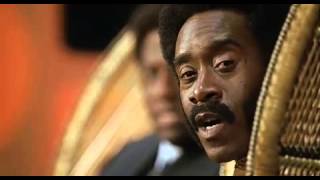 TALK TO ME's Ralph Waldo "Petey" Greene isn't quite the household name that some of his contemporaries (such as Richard Pryor or Redd Foxx) are, but this smart drama about the Washington, DC, disc jockey is a fascinating film. At the film's opening in the mid-1960s, Greene (Don Cheadle, HOTEL RWANDA) hosts a beloved radio show--at the prison where he makes his home. While visiting his incarcerated brother, Dewey Hughes (Chiwetel Ejiofor, INSIDE MAN) hears Greene's brash humor and honesty, but he brushes off Greene's attempts at a job at the radio station where Hughes works. But Greene is soon released from prison, and he won't forget his dreams of hosting his own radio show. He hounds the staff of a Washington R&B station, including Hughes and the station manager (Martin Sheen, THE WEST WING). When he finally gets a job, his show resonates with the people of the city and the changing times of the civil rights movement.

TALK TO ME could be just another biopic or racial drama, but thanks to its fine cast, it rises above the standard fare. Cheadle is engaging as the electric Petey Greene, equally adept at portraying both Greene's pathos and his humor. While Ejiofor has excelled in smaller roles in INSIDE MAN and CHILDREN OF MEN, this drama could represent a chance for him to move into leading-man territory. Henson was wonderful as the meek Shug in HUSTLE & FLOW, but she ably transforms into the vivacious Vernell here. Director Kasi Lemmons (EVE'S BAYOU) lets the performances drive the film, but they're supported by a strong script and period details that make the film worth watching.

In the Heat of the Night (Criterion Collection)
$26.40 Super Savings
Add to Cart

In the Heat of the Night (Criterion Collection) (Blu-ray)
$34.50 Super Savings
Add to Cart