Tonight is what it means to be young.

27K ratings
Currently Out of Stock: We'll get more as soon as possible
Notify Me When Available
Add to Wishlist
Format:  DVD
item number:  F682
Also released as:
Streets of Fire (Blu-ray) for $30.70
91% recommend us! 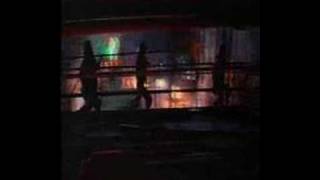 "Listen, skirt, let me make it simple for you
- take a hike!"

Beautiful young rock singer Ellen Aim is kidnapped off stage by a motorcycle gang. Her manager then hires a young adventurer to help him rescue his client, but what he doesn't realize is that the man he hired was once Ellen's boyfriend.

Romance and violence collide in this rock 'n' roll fantasy set against a background of highly stylized urban decay. A sexy female singer is kidnapped by a gang of vicious bikers and her cool, laconic ex-boyfriend must come to her rescue. The pounding soundtrack features songs by Stevie Nicks, The Blasters, Ry Cooder and others.