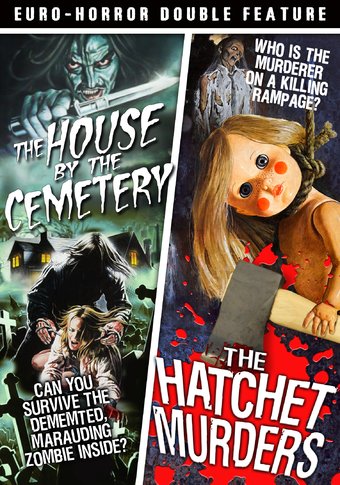 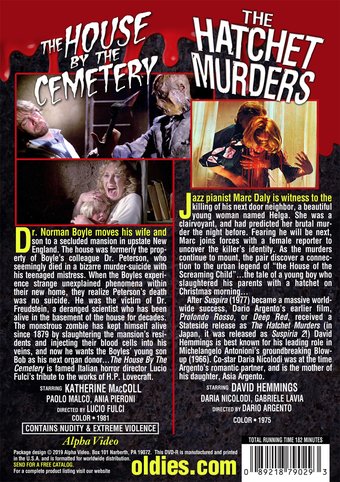 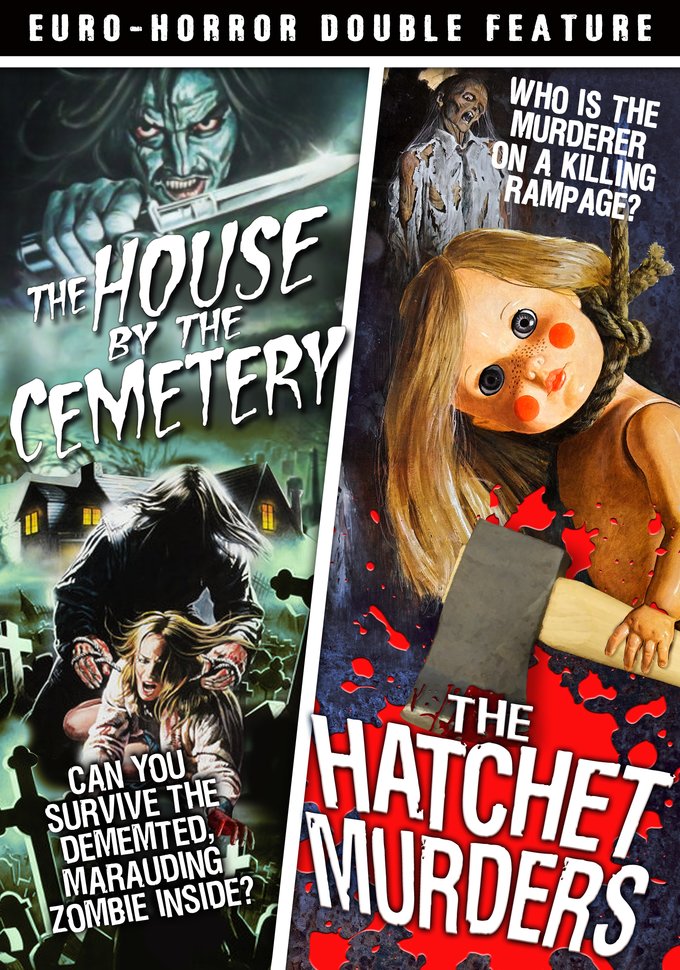 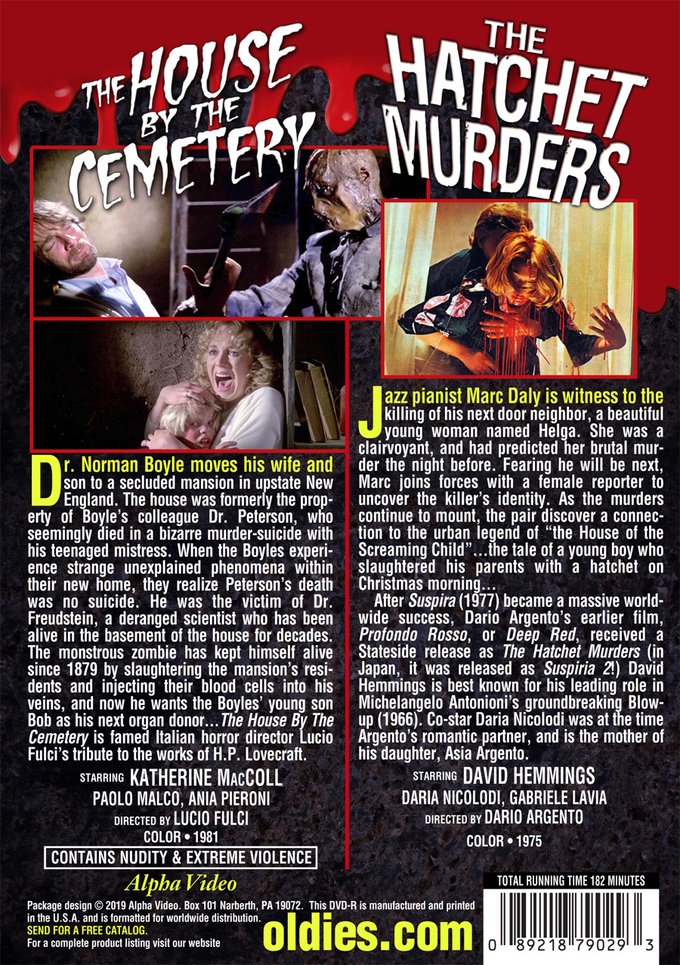 THE HOUSE BY THE CEMETERY (1981): Dr. Norman Boyle moves his wife and son to a secluded mansion in upstate New England. The house was formerly the property of Boyle's colleague Dr. Peterson, who seemingly died in a bizarre murder-suicide with his teenaged mistress. When the Boyles experience strange unexplained phenomena within their new home, they realize Peterson's death was no suicide. He was the victim of Dr. Freudstein, a deranged scientist who has been alive in the basement of the house for decades. The monstrous zombie has kept himself alive since 1879 by slaughtering the mansion's residents and injecting their blood cells into his veins, and now he wants the Boyles' young son Bob as his next organ donor...The House By The Cemetery is famed Italian horror director Lucio Fulci's tribute to the works of H.P. Lovecraft.

THE HATCHET MURDERS (1975): Jazz pianist Marc Daly is witness to the killing of his next door neighbor, a beautiful young woman named Helga. She was a clairvoyant, and had predicted her brutal murder the night before. Fearing he will be next, Marc joins forces with a female reporter to uncover the killer's identity. As the murders continue to mount, the pair discover a connection to the urban legend of "the House of the Screaming Child"...the tale of a young boy who slaughtered his parents with a hatchet on Christmas morning...After Suspira (1977) became a massive worldwide success, Dario Argento's earlier film, Profondo rosso, or Deep Red, received a Stateside release as The Hatchet Murders (in Japan, it was released as Suspiria 2!) David Hemmings is best known for his leading role in Michelangelo Antonioni's groundbreaking Blow-up (1966). Co-star Daria Nicolodi was at the time Argento's romantic partner, and is the mother of his daughter, Asia Argento.