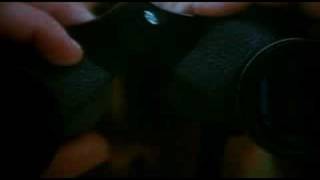 A determined terrorist starts turning America's amusement parks into slaugherhouses by sabotaging rollercoasters. The tension mounts as an affable safety inspector tries to stop the sabateur. Originally released in "Sensurround" to simulate that roller-coaster feeling.

Originally augmented with the Sensurround technique to simulate the thrills of its title, "Rollercoaster" spins a tale of one man holding thousands of lives at stake.
A quiet man with a deep understanding of explosives, rollercoasters and electronics -- and possibly a traumatic history in the Vietnam War -- targets the patrons of an amusement park for his million-dollar extortion scheme.
He informs federal agents and the owners of the park that he has planted a bomb and he demands $1,000,000. When they call his bluff, he detonates a device on a popular rollercoaster that sends cars and riders hurtling off the tracks.
The authorities then call on the one man who can outsmart the bomber... and prevent any other losses.