Animals can talk -- and a whole lot more -- in these hilarious shorts combining live-action and animation from the mind of master cartoonist Tex Avery. 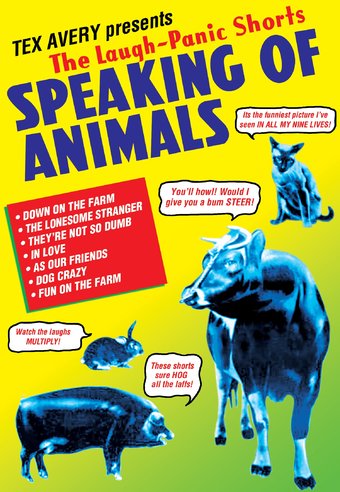 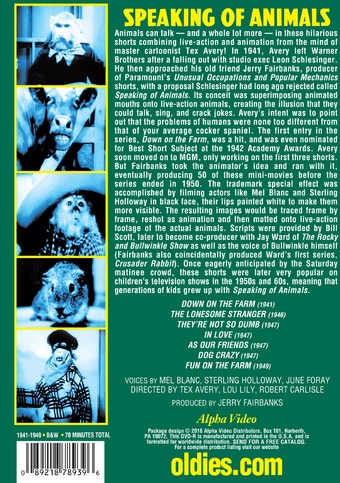 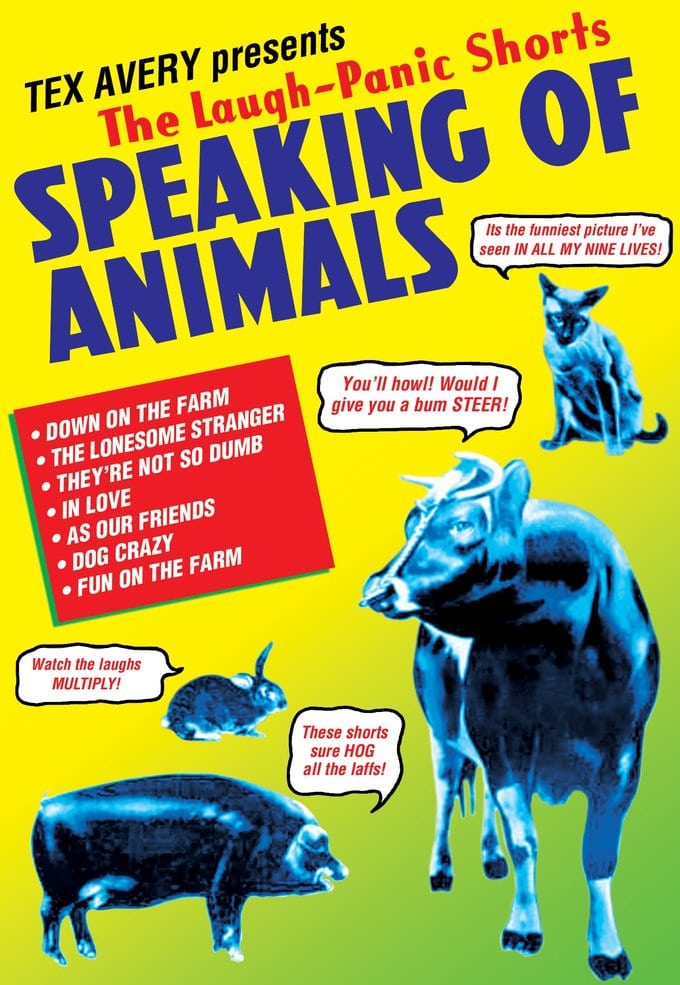 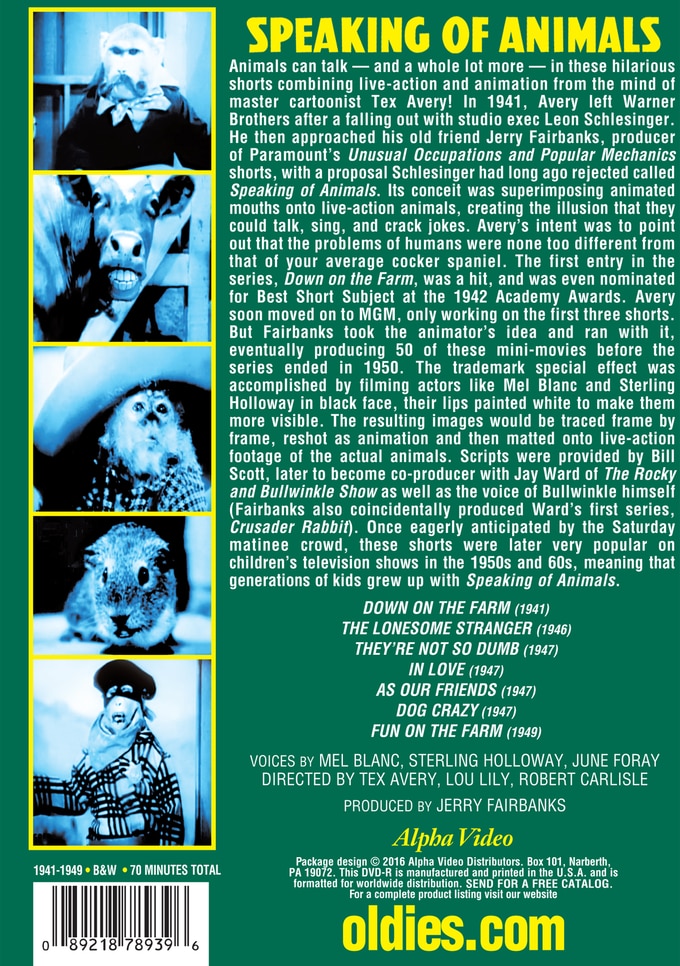 In 1941, Tex Avery left Warner Brothers after a falling out with studio exec Leon Schlesinger. He then approached his old friend Jerry Fairbanks, producer of Paramount's Unusual Occupations and Popular Mechanics shorts, with a proposal Schlesinger had long ago rejected called Speaking of Animals. Its conceit was superimposing animated mouths onto live-action animals, creating the illusion that they could talk, sing, and crack jokes. Avery's intent was to point out that the problems of humans were none too different from that of your average cocker spaniel. The first entry in the series, Down on the Farm, was a hit, and was even nominated for Best Short Subject at the 1942 Academy Awards. Avery soon moved on to MGM, only working on the first three shorts. But Fairbanks took the animator's idea and ran with it, eventually producing 50 of these mini-movies before the series ended in 1950. The trademark special effect was accomplished by filming actors like Mel Blanc and Sterling Holloway in black face, their lips painted white to make them more visible. The resulting images would be traced frame by frame, reshot as animation and then matted onto live-action footage of the actual animals. Scripts were provided by Bill Scott, later to become co-producer with Jay Ward of The Rocky and Bullwinkle Show as well as the voice of Bullwinkle himself (Fairbanks also coincidentally produced Ward's first series, Crusader Rabbit.) Once eagerly anticipated by the Saturday matinee crowd, these shorts were later very popular on children's television shows in the 1950s and 60s, meaning that generations of kids grew up with Speaking of Animals
This product is made-on-demand by the manufacturer using DVD-R recordable media. Almost all DVD players can play DVD-Rs (except for some older models made before 2000) - please consult your owner's manual for formats compatible with your player. These DVD-Rs may not play on all computers or DVD player/recorders. To address this, the manufacturer recommends viewing this product on a DVD player that does not have recording capability.