Out of Africa PG 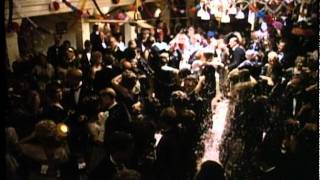 Out Of Africa Trailer

Adapted from Isak Dinesen's novel, OUT OF AFRICA, this film plaintively tells the story of two troubled adults who meet and fall in love in the African wilderness. Karen Blixen-Flecke (Meryl Streep) is a modern woman, caught in the shortcomings of a practical marriage. Finch Hatton (Robert Redford) is a gallant British hunter, lonely, but unable to commit. As they two meet and begin a torrid affair, they set out on an epic adventure in the badlands of Africa--an adventure that real-life Karen Blixen-Flecke would later novelize under the pen name Isak Dinesen.

Sydney Pollack's opus, OUT OF AFRICA, is a full, visually compelling film. Its storyline evokes a plethora of emotions, ranging from fear and loathing to hope and the elation of love. Robert Redford and Meryl Streep are electric as the two damaged infidels in love. A key American film, OUT OF AFRICA is not to be missed.

The Bridges of Madison County
$12.10 Super Savings
Add to Cart

The Agony and the Ecstasy (DVD)
$5.80 Super Savings
Add to Cart