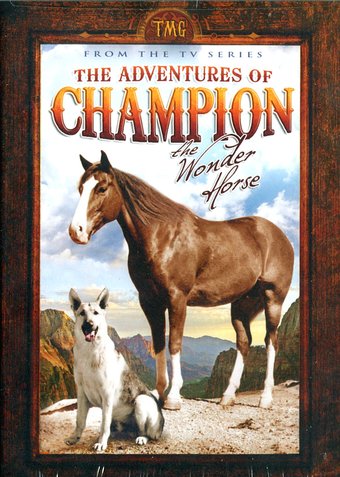 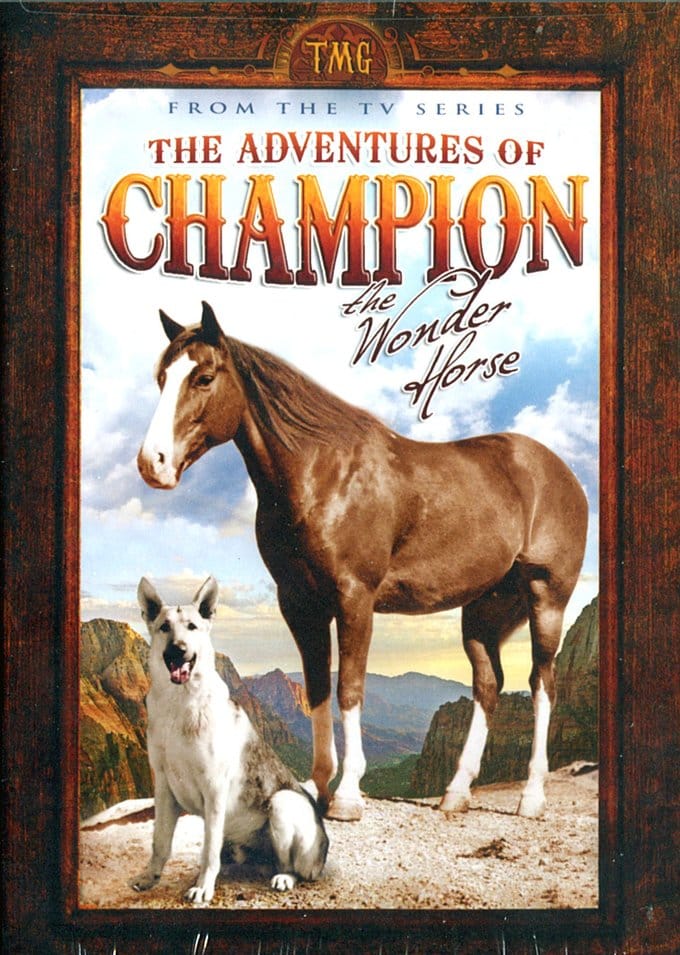 Inspired by the popular Gene Autry radio show of the 1940's, The Adventures of Champion television series takes its name from the famous singing cowboy's beautiful horse, Champion, a mustang running with a wild herd in the American Southwest of the 1880s. Autry's Flying A Studios and Gene Autry himself produced the series. Ricky North (Barry Curtis), who like any boy, has a nose for trouble and adventure, lives on a ranch with his Uncle Sandy (Jim Bannon) and his faithful German Shepherd, Rebel. Ricky and the wild stallion develop a bond, and while Champion runs free, only Ricky can summon him with a whistle from the remuda. Time after time, Ricky, Champion and Rebel are faced with danger and risks that arise on the frontier, and it is Champion, a horse of great intelligence and speed, that often saves the day! No matter what scrapes Ricky manages to get himself into, the Wonder Horse and Rebel are on hand to save the day. The Adventures of Champion is great family entertainment, in the tradition of Fury and My Friend Flicka, which replaced Champion at the end of its run. These ten exciting episodes bring the Old West alive, as Champion, Ricky and Rebel team up to take on all comers!