Cesar Romero is a diplomatic courier who travels the globe in search of international intrigue in four rare episodes of this vintage TV series. 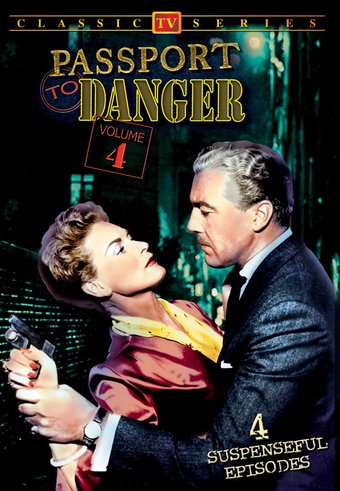 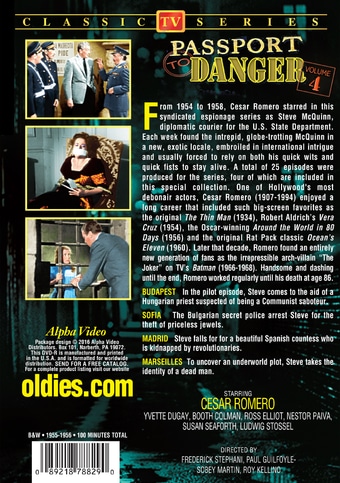 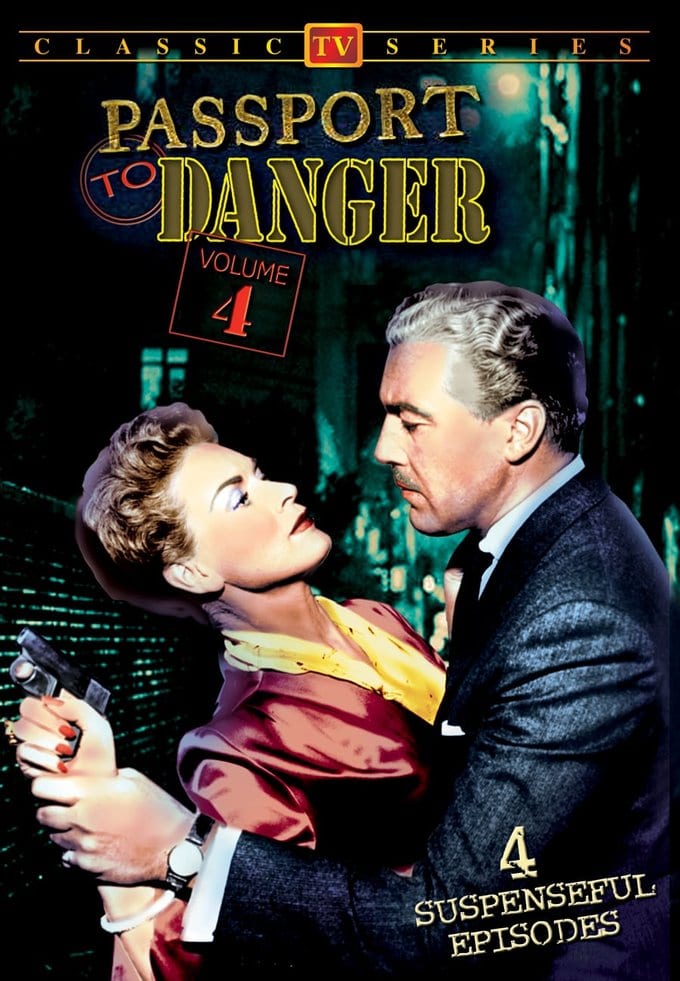 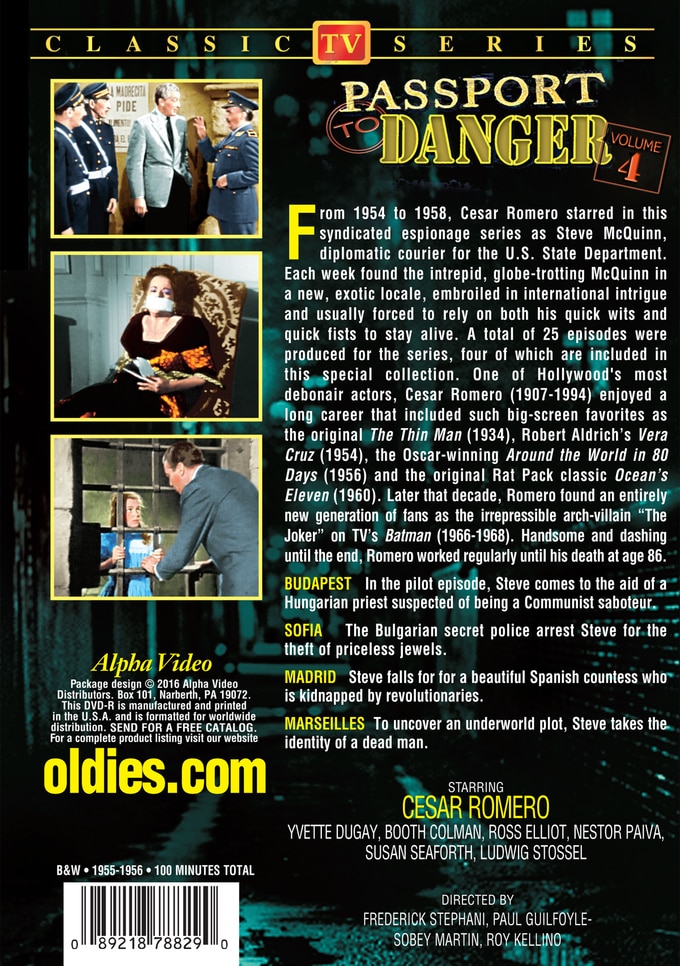 From 1954 to 1958, Cesar Romero starred in this syndicated espionage series as Steve McQuinn, diplomatic courier for the U.S. State Department. Each week found the intrepid, globe-trotting McQuinn in a new, exotic locale, embroiled in international intrigue and usually forced to rely on both his quick wits and quick fists to stay alive. A total of 25 episodes were produced for the series, four of which are included in this special collection. One of Hollywood's most debonair actors, Cesar Romero (1907-1994) enjoyed a long career that included such big-screen favorites as the original The Thin Man (1934), Robert Aldrich's Vera Cruz (1954), the Oscar-winning Around the World in 80 Days (1956) and the original Rat Pack classic Ocean's Eleven (1960). Later that decade, Romero found an entirely new generation of fans as the irrepressible arch-villain "The Joker" on TV's Batman (1966-1968). Handsome and dashing until the end, Romero worked regularly until his death at age 86.

BUDAPEST: In the pilot episode, Steve comes to the aid of a Hungarian priest suspected of being a Communist saboteur.

SOFIA: The Bulgarian secret police arrest Steve for the theft of priceless jewels.

MADRID: Steve falls for for a beautiful Spanish countess who is kidnapped by revolutionaries.

MARSEILLES: To uncover an underworld plot, Steve takes the identity of a dead man.