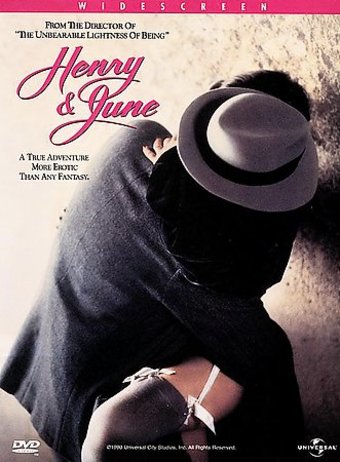 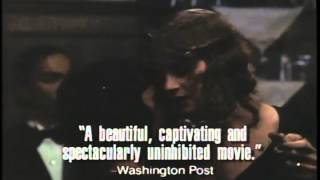 Based on the journals of noted Parisian diarist Anaïs Nin, HENRY AND JUNE portrays the love triangle that developed in the 1930s between Nin (Maria de Medeiros), expatriate writer Henry Miller (Fred Ward), and Miller's wife (Uma Thurman). At the height of the bohemian expatriate influx in Paris, brash American author Henry Miller meets Anaïs Nin, a French writer struggling to finish her first book on noted novelist D.H. Lawrence. Nin is sexually adventurous and looking for fulfillment that her sweet yet mild-mannered husband, Hugo (Richard E.Grant), cannot provide. Nin's initial attraction to the brooding and sexually virile author leads to a steady infatuation with Miller's enigmatic and hauntingly beautiful wife, June. June is an American actress who visits her husband in Paris and leaves both of her new lovers dissatisfied and ultimately unfulfilled. However, her sexual presence awakens a desire in Nin that leads to a deeper understanding and acceptance of her own sexuality. Nin's sexual awakening is a voyage of self-discovery, faithfully notated in her diaries, that are filled with erotic and exotic fantasies. After June's departure from Paris, Nin succumbs to a passionate love affair with Miller while taking other lovers to satisfy her new sexual appetite. In their search for new truths, Miller and Nin were a tantalizing match, creating some of the most highly regarded fiction of bohemian Paris with unbounded creative and sexual energy. The sensuous mood and tone of the film is supported by an ethereal soundtrack and hauntingly beautiful cinematography, including a series of highly creative shots meant to replicate the vision of noted Parisian erotic photographer Brassai.