All 8 of the Fleischer Brothers' Academy Award-nominated cartoons in one collection. 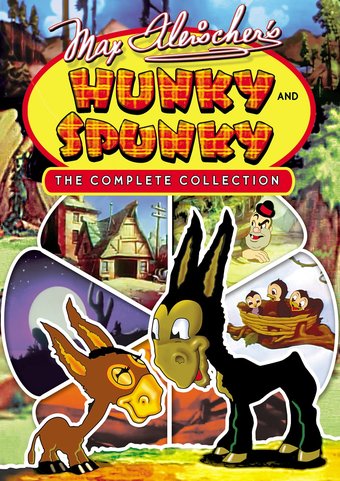 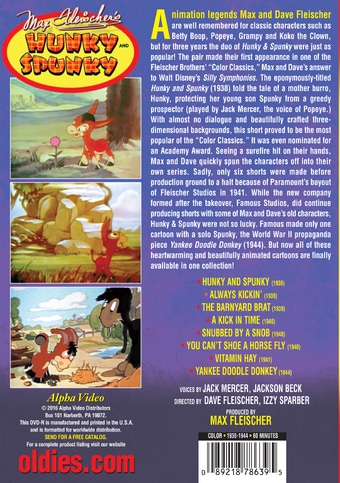 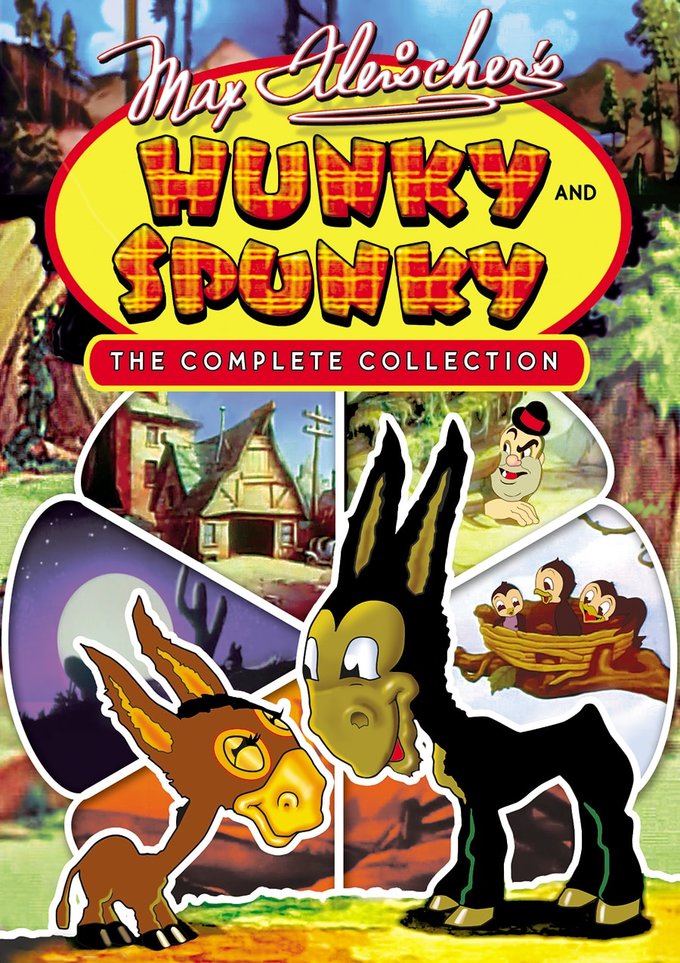 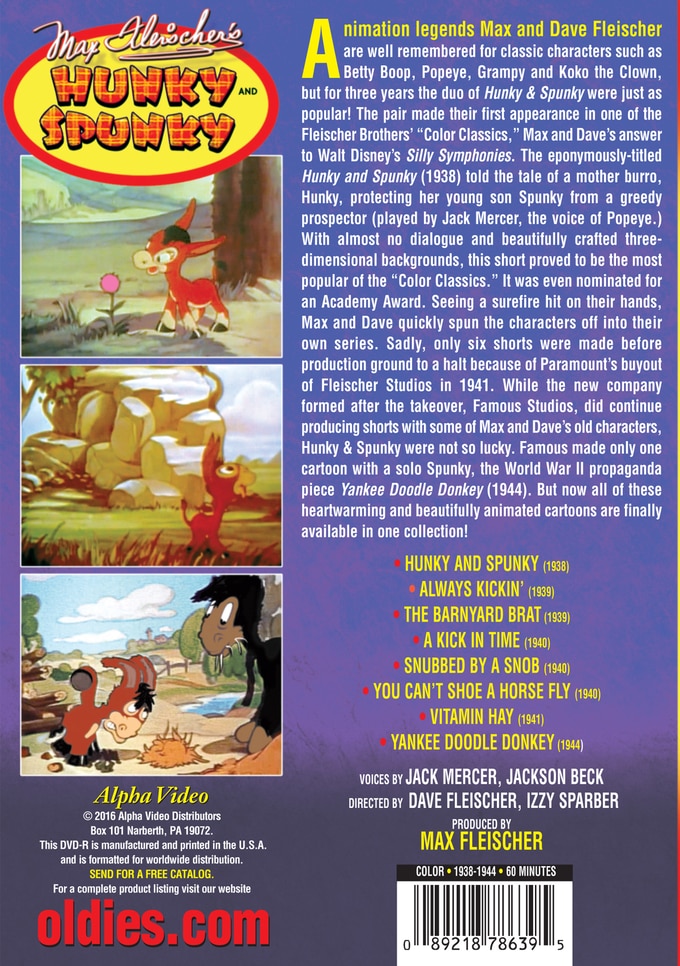 Animation legends Max and Dave Fleischer are well remembered for classic characters such as Betty Boop, Popeye, Grampy and Koko the Clown, but for three years the duo of Hunky & Spunky were just as popular! The pair made their first appearance in one of the Fleischer Brothers' "Color Classics", Max and Dave's answer to Walt Disney's Silly Symphonies. The eponymously-titled Hunky and Spunky (1938) told the tale of a mother burro, Hunky, protecting her young son Spunky from a greedy prospector (played by Jack Mercer, the voice of Popeye.) With almost no dialogue and beautifully crafted three-dimensional backgrounds, this short proved to be the most popular of the "Color Classics". It was even nominated for an Academy Award. Seeing a surefire hit on their hands, Max and Dave quickly spun the characters off into their own series. Sadly, only six shorts were made before production ground to a halt because of Paramount's buyout of Fleischer Studios in 1941. While the new company formed after the takeover, Famous Studios, did continue producing shorts with some of Max and Dave's old characters, Hunky & Spunky were not so lucky. Famous made only one cartoon with a solo Spunky, the World War II propaganda piece Yankee Doodle Donkey (1944). But now all eight of these heartwarming and beautifully animated cartoons are finally available in one collection!
This product is made-on-demand by the manufacturer using DVD-R recordable media. Almost all DVD players can play DVD-Rs (except for some older models made before 2000) - please consult your owner's manual for formats compatible with your player. These DVD-Rs may not play on all computers or DVD player/recorders. To address this, the manufacturer recommends viewing this product on a DVD player that does not have recording capability.