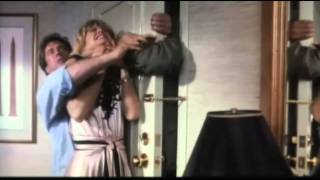 "You come to Detroit and you rent a Beamer' That's like going to Germany to eat Jimmy Dean sausages."
- Rick (Mel Gibson) to Marianne (Goldie Hawn)

Happy-go-lucky hairdresser Rick Jarmin (Mel Gibson) did a good turn fifteen years ago when he gave the government a much-needed testimony in a court case that put a dangerous drug dealer behind bars. The Witness Protection Program kept up its side of the bargain, moving him around over the years and hiding his identity. Now they have him working in a Detroit gas station, but his cover is blown when a former girlfriend, Marianne Graves (Goldie Hawn) discovers Rick at about the same time that the now-released, and very angry, drug dealer has caught up to him. A shootout ensues and Rick and his ex barely escape with their lives. Now the former lovers must flee together; on the run, they rediscover their shared past as they desperately try to keep one step ahead of the killers. Set against thrilling backdrops and fantastical settings, director John Badham's film is a funny and heartwarming romantic adventure highlighting the bumbling antics of Goldie Hawn and the action heroics of Mel Gibson.

Mel Gibson and Goldie Hawn star in this action-packed romantic adventure. Rick Jarmin (Gibson) is a man who has been hiding under the FBI witness relocation program since the 1960s, when he is unexpectantly discovered by an old girlfriend (Hawn) in 1990. Together they lead a wild cross-country scramble when the man he put in jail is released.