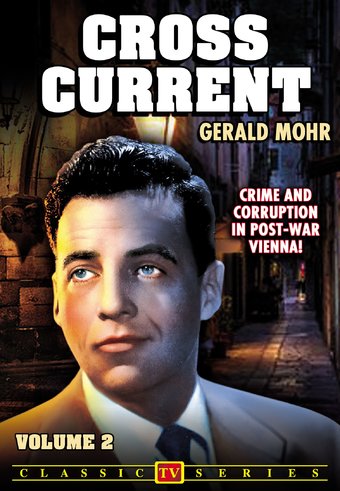 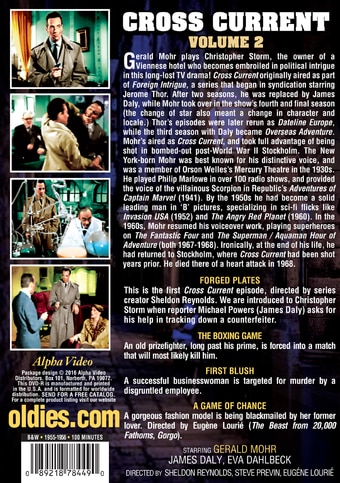 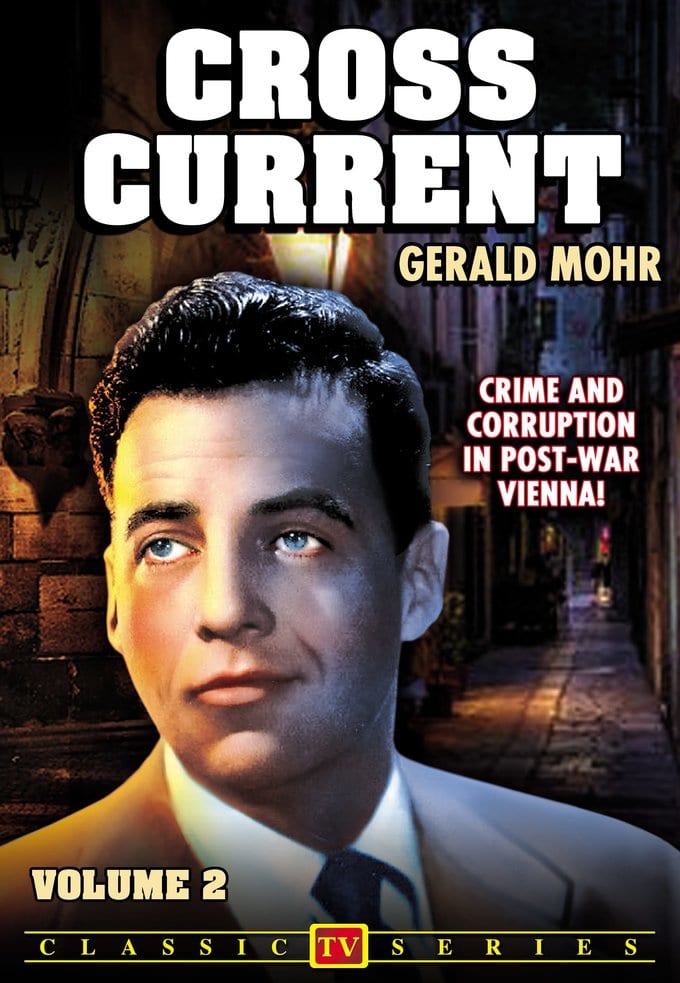 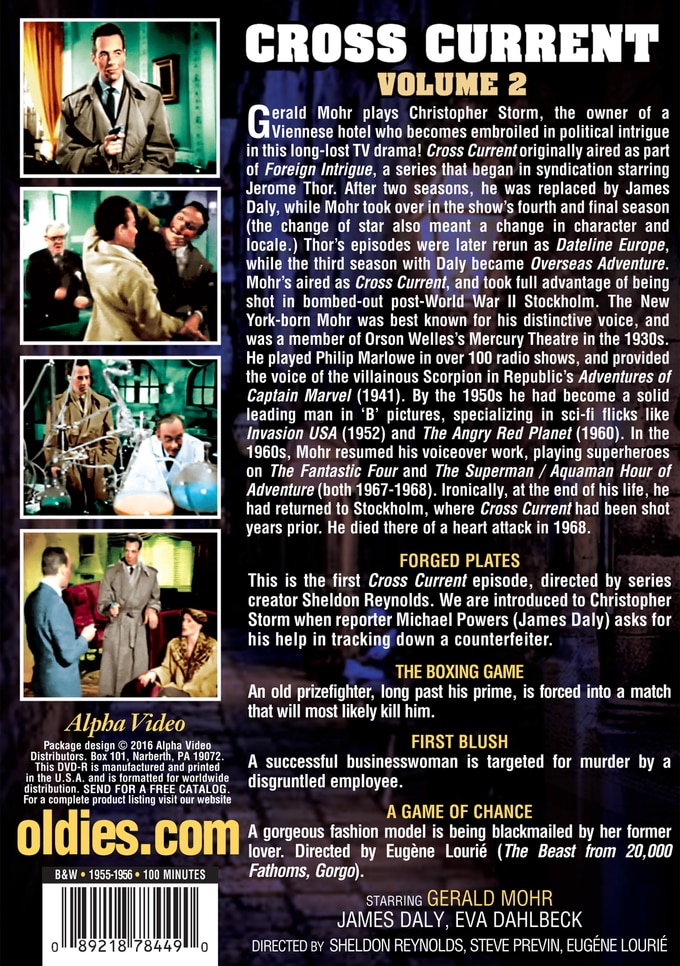 Gerald Mohr plays Christopher Storm, the owner of a Viennese hotel who becomes embroiled in political intrigue in this long-lost TV drama! Cross Current originally aired as part of Foreign Intrigue, a series that began in syndication starring Jerome Thor. After two seasons, he was replaced by James Daly, while Mohr took over in the show's fourth and final season (the change of star also meant a change in character and locale.) Thor's episodes were later rerun as Dateline Europe, while the third season with Daly became Overseas Adventure. Mohr's aired as Cross Current, and took full advantage of being shot in bombed-out post-World War II Stockholm. The New York-born Mohr was best known for his distinctive voice, and was a member of Orson Welles's Mercury Theatre in the 1930s. He played Philip Marlowe in over 100 radio shows, and provided the voice of the villainous Scorpion in Republic's Adventures of Captain Marvel (1941). By the 1950s he had become a solid leading man in 'B' pictures, specializing in sci-fi flicks like Invasion USA (1952) and The Angry Red Planet (1960). In the 1960s, Mohr resumed his voiceover work, playing superheroes on The Fantastic Four and The Superman/Aquaman Hour of Adventure (both 1967-1968). Ironically, at the end of his life, he had returned to Stockholm, where Cross Current had been shot years prior. He died there of a heart attack in 1968.

FORGED PLATES: The first Cross Current episode, directed by series creator Sheldon Reynolds. We are introduced to Christopher Storm when reporter Michael Powers (James Daly) asks for his help in tracking down a counterfeiter.

THE BOXING GAME: An old prizefighter, long past his prime, is forced into a match that will most likely kill him.

FIRST BLUSH: A successful businesswoman is targeted for murder by a disgruntled employee.

A GAME OF CHANCE: A gorgeous fashion model is being blackmailed by her former lover. Directed by Eugène Lourié (The Beast from 20,000 Fathoms, Gorgo).

Thriller | Television / TV Series
This product is made-on-demand by the manufacturer using DVD-R recordable media. Almost all DVD players can play DVD-Rs (except for some older models made before 2000) - please consult your owner's manual for formats compatible with your player. These DVD-Rs may not play on all computers or DVD player/recorders. To address this, the manufacturer recommends viewing this product on a DVD player that does not have recording capability.