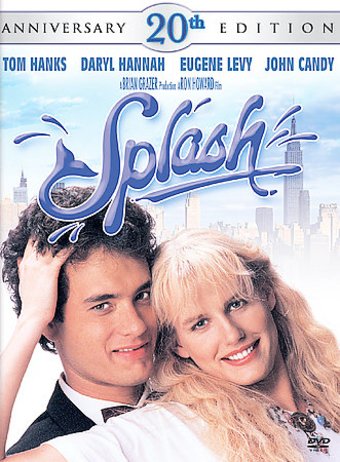 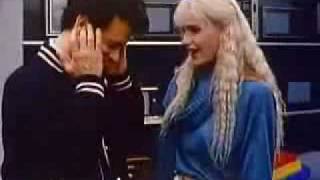 A charming, sexy and funny mermaid tale with Tom Hanks as a successful, young businessman who has everything but love, that is until he meets up with the girl of his dreams, played by Daryl Hannah; however, unbeknownst to him, she is a mermaid targeted for capture by an obsessed oceanographer. Perfect performances and clever laughs make this a must see for fans of romantic comedy.

Splash 20th Anniversary Collector's Edition
Don't let this spectacular 20th Anniversary Collector's Edition be the one that got away! Academy Award(R) winner Tom Hanks (1994 Best Actor, FORREST GUMP) stars as Allen Bauer, a workaholic who's convinced he can't fall in love. That is, until he's mysteriously rescued at sea by the mermaid of his dreams! Soon Allen and Madison (Daryl Hannah, KILL BILL) are swept away by hilarious and heartwarming romance. Academy Award(R) winner Ron Howard (2001 Best Director, A BEAUTIFUL MIND) directs a star-studded cast, including Eugene Levy (BRINGING DOWN THE HOUSE, AMERICAN PIE), and hilarious John Candy (HOME ALONE) in a magical tale that now includes all-new bonus features.

A literal fish-out-of-water tale about a lovely mermaid who comes to Manhattan, looking for the man she saved from drowning. When the two meet, a romance begins -- even as the ill-at-ease mermaid wreaks havoc and attracts attention everywhere. But the unlikely duo's love is tested when the mermaid must return to the sea, forcing her earthly boyfriend to make an unusual decision.