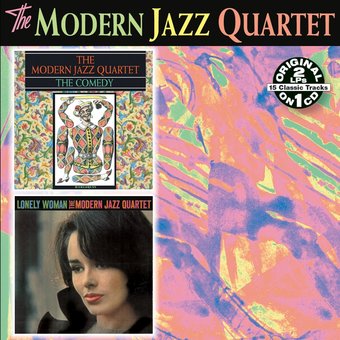 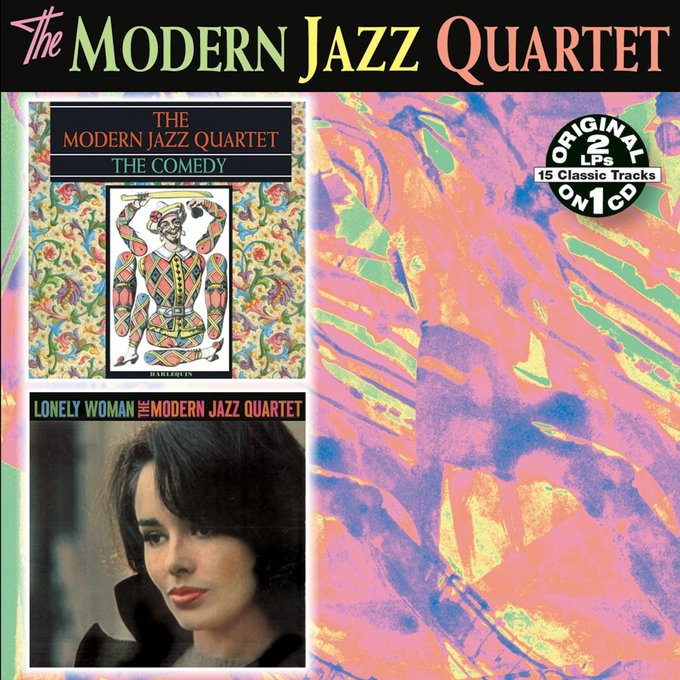 Two MJQ releases, originally recorded for the Atlantic label in 1962. Singer Diahann Carroll is the featured vocalist on "La Cantatrice."

Personnel: John Richard Lewis (piano); Milt Jackson (vibraphone); Connie Kay (drums).
Liner Note Author: Raymond Mouly.
Simply put, this is Collectables' issue of two fine, early Atlantic recordings by MJQ. While it's true that Lonely Woman might have been better served aesthetically by being paired with the brilliant self-titled debut for the label instead of The Comedy, these two offerings were basically in chronological order and released in 1962. The Comedy is notable for its deep consideration of both the theater and of classical music while remaining firmly in the jazz canon, and to a lesser degree, for the appearance of Diahann Caroll (yes, the actress) on "La Cantatrice." The latter album, with the quartet's haunting read of Ornette Coleman's "Lonely Woman," is all killer, no filler; it's one of the most exploratory recordings the band did together and stands among their finest outings. Recommended. ~ Thom Jurek

31%off
The Modern Jazz Quartet
Plastic Dreams
$8.98 on Sale
Add to Cart

The Modern Jazz Quartet
The Legendary Profile
$13.60
Add to Cart
(3)