A maniac is hunting strippers and burlesque performers in this sexy shocker! 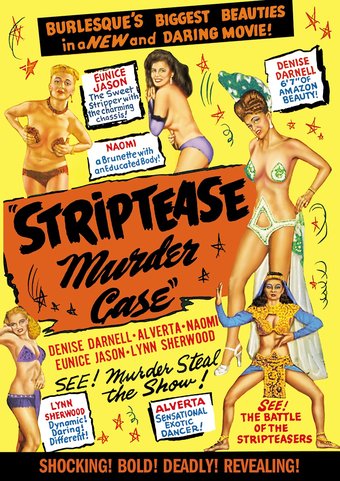 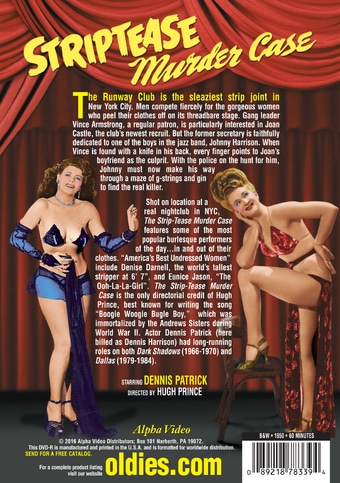 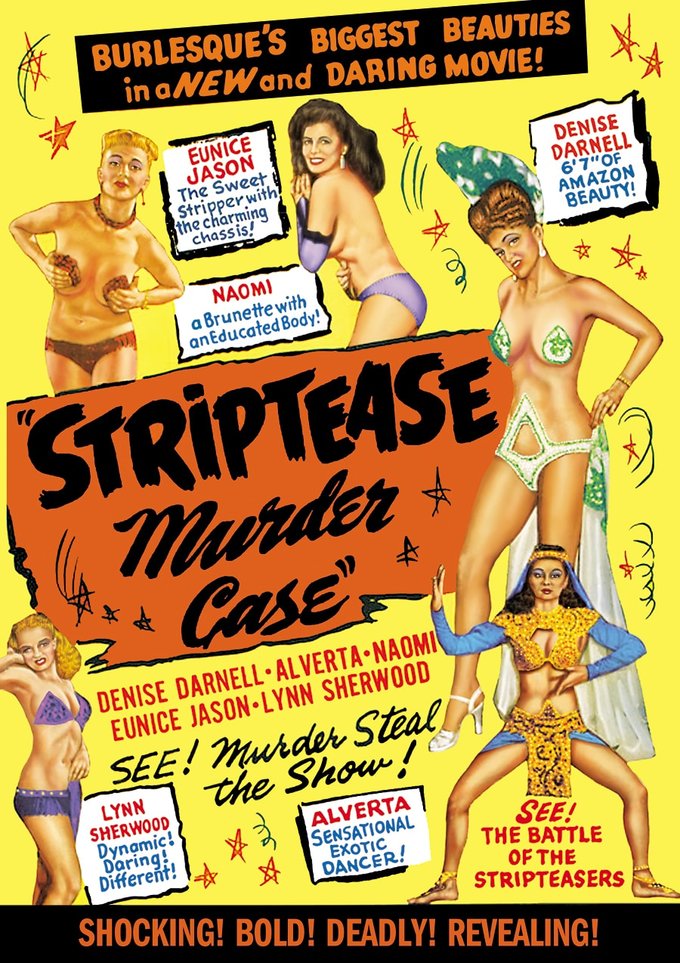 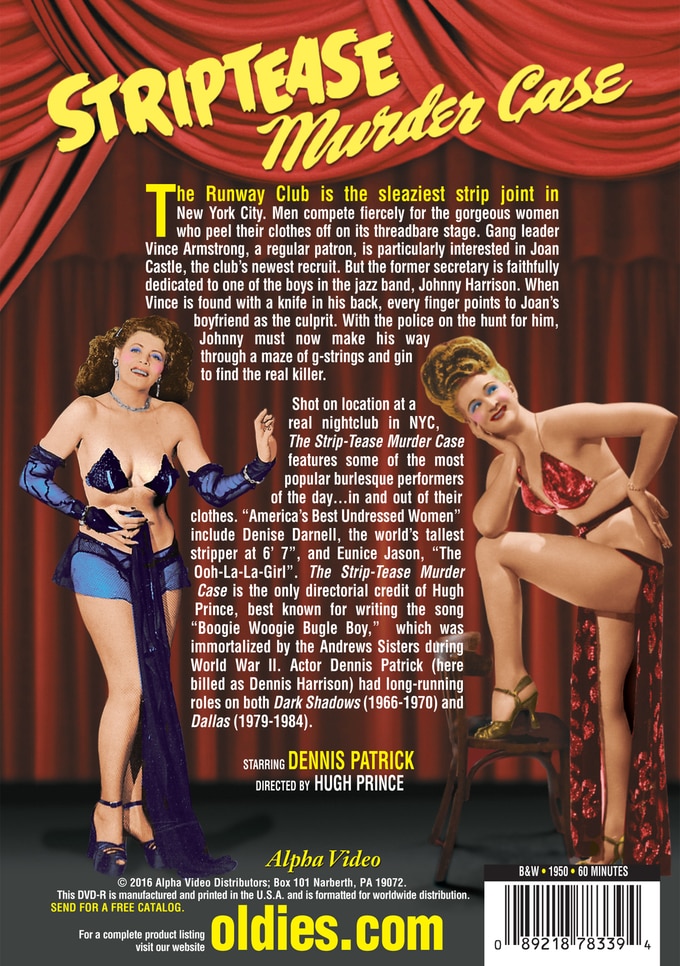 The Runway Club is the sleaziest strip joint in New York City. Men compete fiercely for the gorgeous women who peel their clothes off on its threadbare stage. Gang leader Vince Armstrong, a regular patron, is particularly interested in Joan Castle, the club's newest recruit. But the former secretary is faithfully dedicated to one of the boys in the jazz band, Johnny Harrison. When Vince is found with a knife in his back, every finger points to Joan's boyfriend as the culprit. With the police on the hunt for him, Johnny must now make his way through a maze of g-strings and gin to find the real killer...

Shot on location at a real nightclub in NYC, The Strip-Tease Murder Case features some of the most popular burlesque performers of the day...in and out of their clothes. "America's Best Undressed Women" include Denise Darnell, the world's tallest stripper at 6' 7", and Eunice Jason, "The Ooh-La-La-Girl". The Strip-Tease Murder Case is the only directorial credit of Hugh Prince, best known for writing the song "Boogie Woogie Bugle Boy", which was immortalized by the Andrews Sisters during World War II. Actor Dennis Patrick (here billed as Dennis Harrison) had long-running roles on both Dark Shadows (1966-1970) and Dallas (1979-1984).