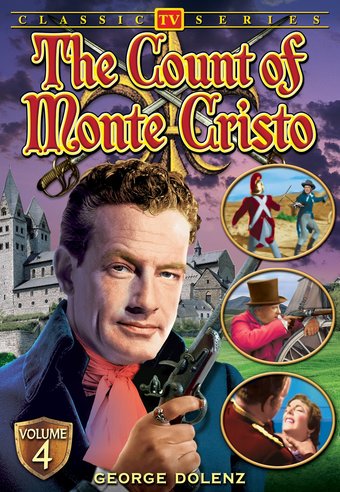 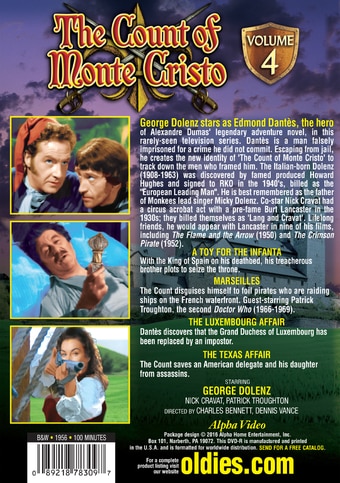 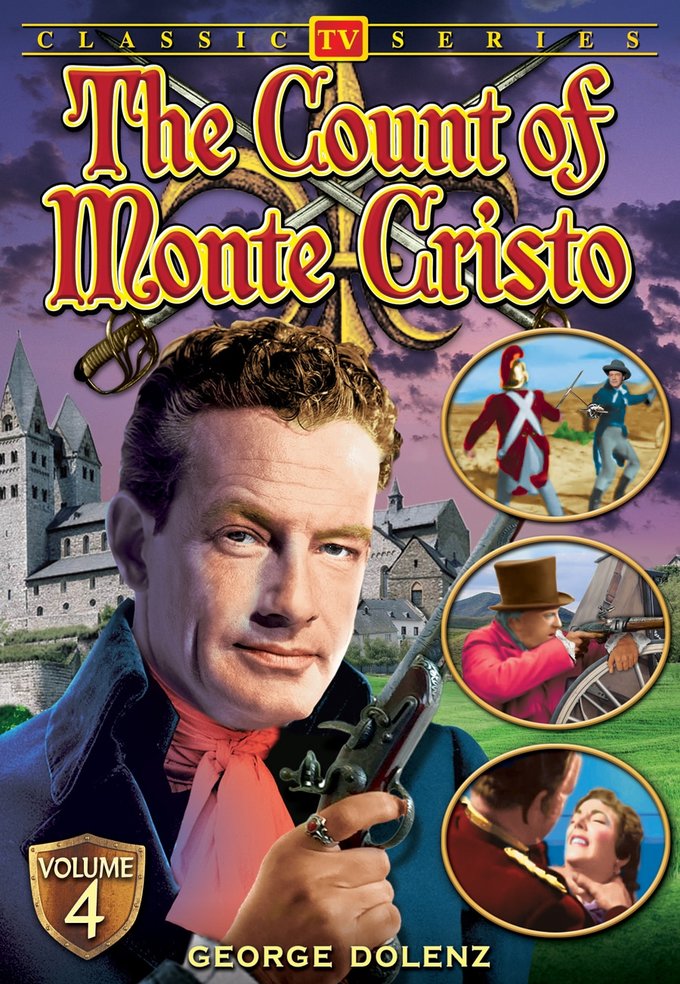 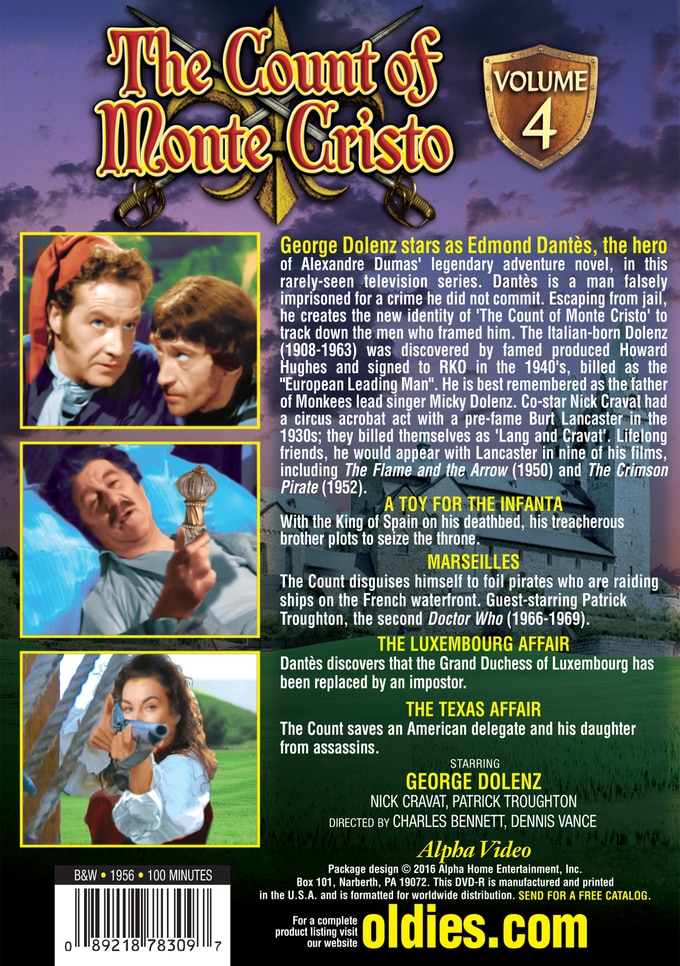 George Dolenz stars as Edmond Dantès, the hero of Alexandre Dumas' legendary adventure novel, in this rarely-seen television series. Dantès is a man falsely imprisoned for a crime he did not commit. Escaping from jail, he creates the new identity of 'The Count of Monte Cristo' to track down the men who framed him. The Italian-born Dolenz (1908-1963) was discovered by famed produced Howard Hughes and signed to RKO in the 1940's, billed as the "European Leading Man". He is best remembered as the father of Monkees lead singer Micky Dolenz. Co-star Nick Cravat had a circus acrobat act with a pre-fame Burt Lancaster in the 1930s; they billed themselves as 'Lang and Cravat'. Lifelong friends, he would appear with Lancaster in nine of his films, including The Flame and the Arrow (1950) and The Crimson Pirate (1952).

A TOY FOR THE INFANTA: With the King of Spain on his deathbed, his treacherous brother plots to seize the throne.

MARSEILLES: The Count disguises himself to foil pirates who are raiding ships on the French waterfront. Guest-Starring Patrick Troughton, the second Doctor Who (1966-1969).

THE LUXEMBOURG AFFAIR: Dantès discovers that the Grand Duchess of Luxembourg has been replaced by an impostor.

THE TEXAS AFFAIR: The Count saves an American delegate and his daughter from assassins.