They haven't quite figured it all out, but they're getting a little warmer. 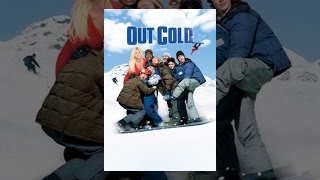 Bull Mountain is an Alaskan ski town where snowboarding cowboys rule the slopes. When "The Mayor" Papa Muntz dies, he leaves Rick (Jason London) in charge. His dying words are, "Don't go changing Bull Mountain!" So Rick and his buddies Luke (Zach Galifianakis), Anthony (Flex Alexander), and Pigpen (Derek Hamilton) continue to chug beer at the local cantina, cruise the mountain for the best trails, and admire the hottest chicks. Everything's great until John (Lee Majors, "The Bionic Man"), a rich developer from Colorado, rolls into town in his SUV with "SNOWBIZ" plates. He's got his two stepdaughters with him--a voluptuous Swedish blond, Inga (Playboy Playmate of the Year 1997, Victoria Silvstedt), and a cute French brunette, Anna (Caroline Dhavernas). As they turn the town upside down, Rick realizes that it's time for him to make some tough decisions about his future and the future of Bull Mountain. OUT COLD does for snowboarders what CADDYSHACK did for golfers--it pokes fun at the stereotypes surrounding the sport, and makes caricatures of its devotees. The resulting comedy is surprisingly funny. The character of Rick is played with appealing wit, and he and Jenny (A.J. Cook), the token snowboarder jockette, have real chemistry.

Out Cold
This wild comedy is an intoxicating mix of mountain-high hilarity and radical winter sports action! For snowboarders Rick (Jason London -- DAZED AND CONFUSED), Luke (Zach Galifianakis -- BUBBLE BOY), and their buddies, life at the Bull Mountain ski area is about partying hard, looking for girls, and doing anything for a good time! But when the town's founder dies, his son decides to sell the mountain to a sleazy developer (Lee Majors -- TV's SIX MILLION DOLLAR MAN) who's intent on turning Bull Mountain into a slick yuppie ski resort! Featuring outrageous stunts by real-life snowboarding champions like Todd Richards, Rio Tahara, Tara Dakides, Devun Walsh, and Rob "Sluggo" Boyce -- and a red-hot soundtrack -- it's an avalanche of laughs as the guys do whatever it takes to save their mountain.