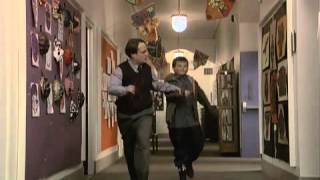 Viewers may be shocked to learn that a film set one year after September 11th was directed by Danny Leiner, the man responsible for such stoner comedies as HAROLD AND KUMAR GO TO WHITE CASTLE and DUDE, WHERE'S MY CAR'. While those films were hardly subtle, A GREAT NEW WONDERFUL tries very hard to be, never directly referring to 9/11 but rather to the general unease that was left in its wake. In what has become a familiar formula, the film relies on interweaving separate narratives to tell five stories simultaneously. As the lives of several New Yorkers from a variety of ethnic and socioeconomic backgrounds unwind in September 2002, we are invited to look for clues of post-traumatic stress. What unfolds, however, could very well have occurred in September 2000, as the film never clearly states how direct a connection the characters have to the World Trade Center attacks.

As a ruthlessly ambitious young cake-maker (Maggie Gyllenhaal) aims to outdo her competition (Edie Falco), two immigrant security guards drive around the city and offer commentary on life. Meanwhile, a yuppie mother (Judy Greer) struggles to control her violent and disturbed 10-year-old, a lonely older woman (Olympia Dukakis) in Coney Island attempts to escape her tired routine, and an oddball psychiatrist (Tony Shalhoub) is hired to help an office worker (Jim Gaffigan) who lost several colleagues in the attacks. Sam Catlin's script creates a vagueness and mystery which is both refreshing and frustrating. While never dwelling in sentimentality, the film is thought-provoking in its pondering of the ways in which people deal and fail to deal with things stressful, painful, and shocking.