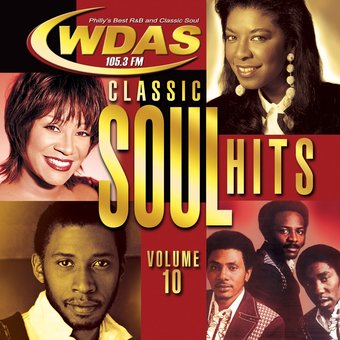 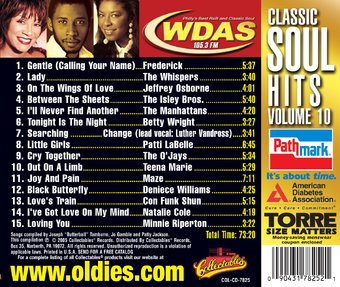 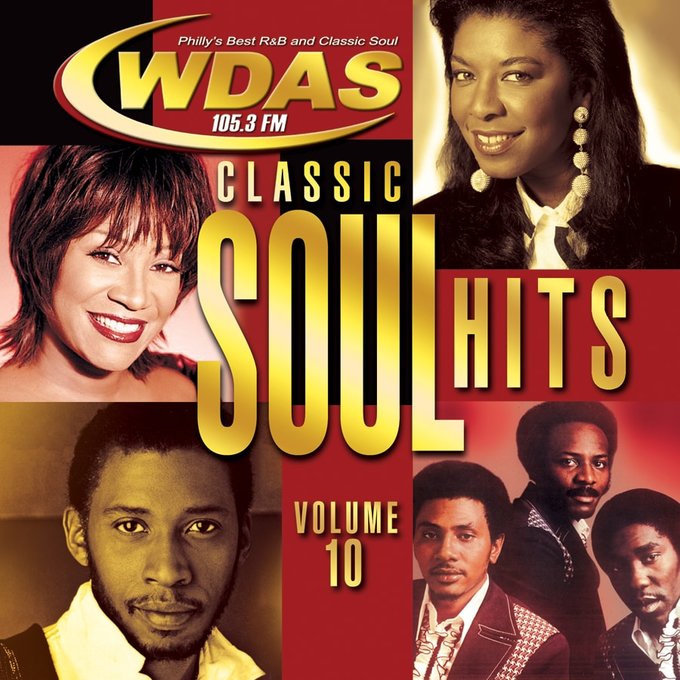 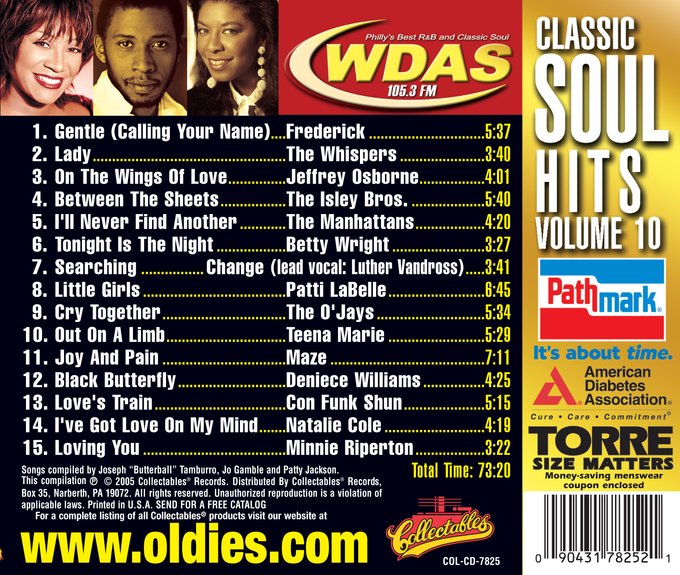 A collection of timeless hits brought to you by WDAS 105.3 FM, one of the greatest Soul stations in the country. Includes hits from The O'Jays, Patti LaBelle, The Isley Brothers and many, many more!

Personnel: Luther Vandross (vocals).
The tenth volume of the Collectables label's series devoted to the play lists of Philadelphia's WDAS radio station continues to serve up a rather random selection of mellow soul hits from the '70s and '80s. Given some of the bizarre sequencing at play, one can't help but wonder if part of the selection process involved drawing titles from a hat, but most of the material is quality, and there's little denying that each song made an impact on the station. Highlights here include Minnie Riperton's "Loving You," the Isley Brothers' "Between the Sheets," the O'Jays' "Cry Together," Deniece Williams' "Black Butterfly," and Teena Marie's "Out on a Limb." It goes without saying, but you needn't be from Philly to enjoy it all. ~ Andy Kellman