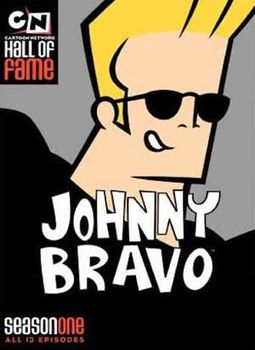 This animated release from the tongue-in-cheek cartoon series JOHNNY BRAVO includes all 13 episodes of the show's first season, following the titular pompous hero as he flexes his muscles and tries in vain to impress every girl in range. Extras with the set include a behind the scenes featurette, original pencil tests, and more.