George of the Jungle PG

George of the Jungle Theatrical Trailer (1997) 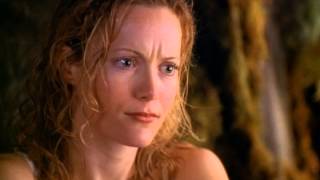 George of the Jungle - Trailer

The clumsy ape man from Jay Ward's 1967 television cartoon takes on a jungle of another kind in live-action when he follows a visiting San Francisco resident back to the City by the Bay. There aren't as many trees, but he somehow manages to find plenty of other things to crash into--not the least of which are modern society's social norms.

George Of The Jungle
Disney presents the smash hit comedy that families and critics everywhere went bananas over! Deep in the heart of the African jungle, a baby named George, the sole survivor of a plane crash, is raised by gorillas. George grows up to be a buff and lovable klutz (ENCINO MAN'S Brendan Fraser) who has a rain forest full of animal friends -- like Tookie, his big-beaked messenger, Ape, a talking gorilla who's smarter than your average rocket scientist, and Shep, a gray-haired peanut-loving pooch of an elephant! When poachers mess with George's pals, the King Of Swing swings into action. But before you can say, "Watch out for that tree," George comes face-to-bark with a few vine-covered obstacles! You'll go wild for this "wonderfully wacky comedy" that People Magazine calls "impossible to resist!"

16%off
The Flintstones
$8.40 Super Savings
Add to Cart

While You Were Sleeping (DVD)
$6.50 Super Savings
Add to Cart