An all-star cast of famed funnymen compete to see who can win the greatest race of them all in these incredibly rare shorts from the pre-Code days. 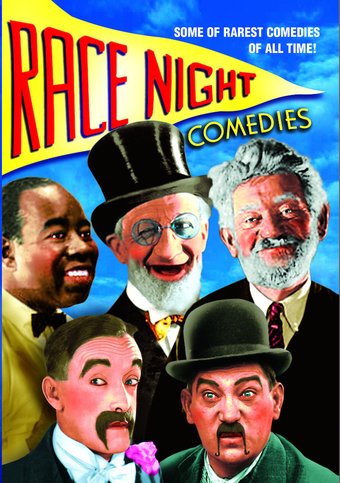 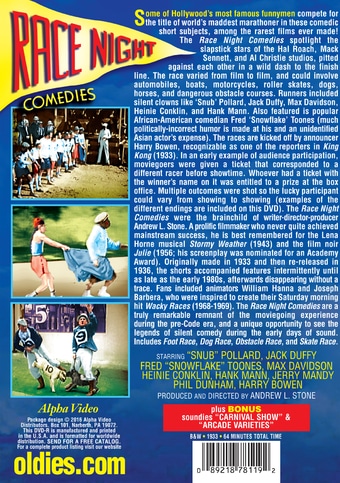 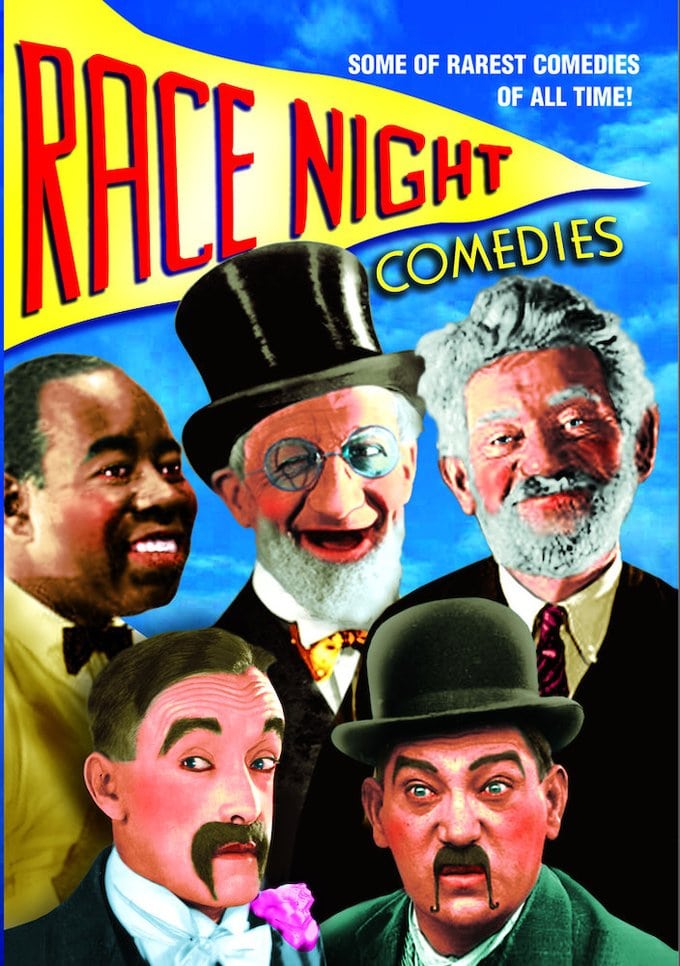 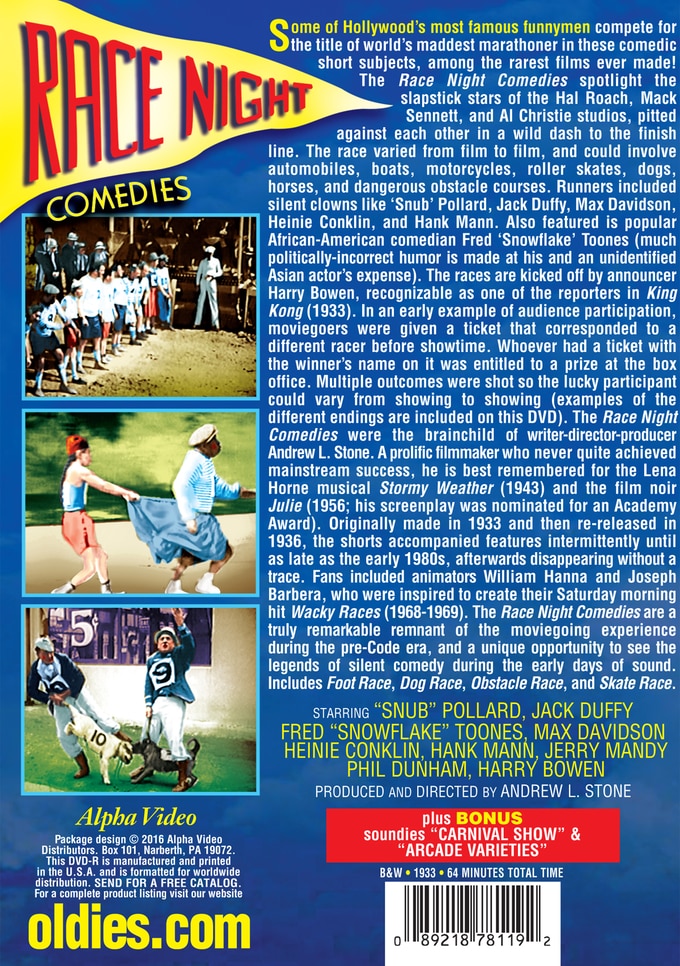 Some of Hollywood's most famous funnymen compete for the title of world's maddest marathoner in these comedic short subjects, among the rarest films ever made! The 'Race Night Comedies' spotlight the slapstick stars of the Hal Roach, Mack Sennett, and Al Christie studios, pitted against each other in a wild dash to the finish line. The race varied from film to film, and could involve automobiles, boats, motorcycles, roller skates, dogs, horses, and dangerous obstacle courses. Runners included silent clowns like 'Snub' Pollard, Jack Duffy, Max Davidson, Heinie Conklin, and Hank Mann. Also featured is popular African-American comedian Fred 'Snowflake' Toones (much politically-incorrect humor is made at his and an unidentified Asian actor's expense.) The races are kicked off by announcer Harry Bowen, recognizable as one of the reporters in King Kong (1933). In an early example of audience participation, moviegoers were given a ticket that corresponded to a different racer before showtime. Whoever had a ticket with the winner's name on it was entitled to a prize at the box office. Multiple outcomes were shot so the lucky participant could vary from showing to showing (examples of the different endings are included on this DVD.) The 'Race Night Comedies' were the brainchild of writer-director-producer Andrew L. Stone. A prolific filmmaker who never quite achieved mainstream success, he is best remembered for the Lena Horne musical Stormy Weather (1943) and the film noir Julie (1956; his screenplay was nominated for an Academy Award.) Originally made in 1933 and then re-released in 1936, the shorts accompanied features intermittently until as late as the early 1980s, afterwards disappearing without a trace. Fans included animators William Hanna and Joseph Barbera, who were inspired to create their Saturday morning hit Wacky Races (1968-1969). The 'Race Night Comedies' are a truly remarkable remnant of the moviegoing experience during the pre-Code era, and a unique opportunity to see the legends of silent comedy during the early days of sound. Includes Foot Race, Dog Race, Obstacle Race, and Skate Race.