Shocking ritual sacrifices, virgins forced into thousand-year-old marriage ceremonies, and more unforgettable sights are explored in this stunning documentary of the last lost tribe in Africa. 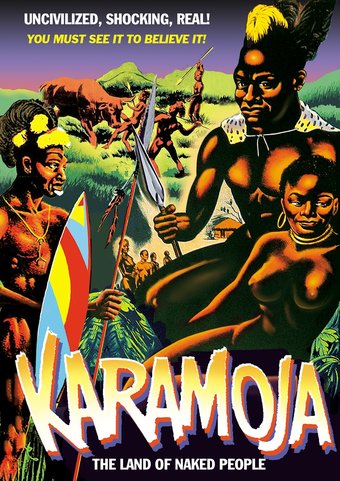 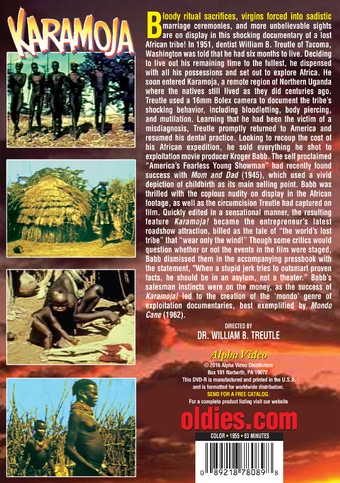 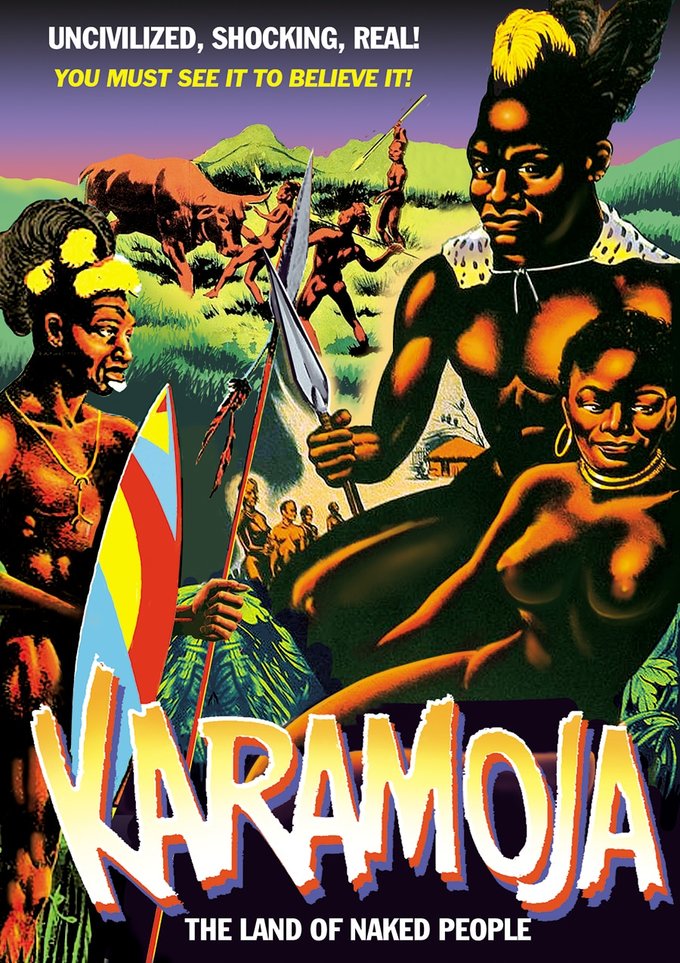 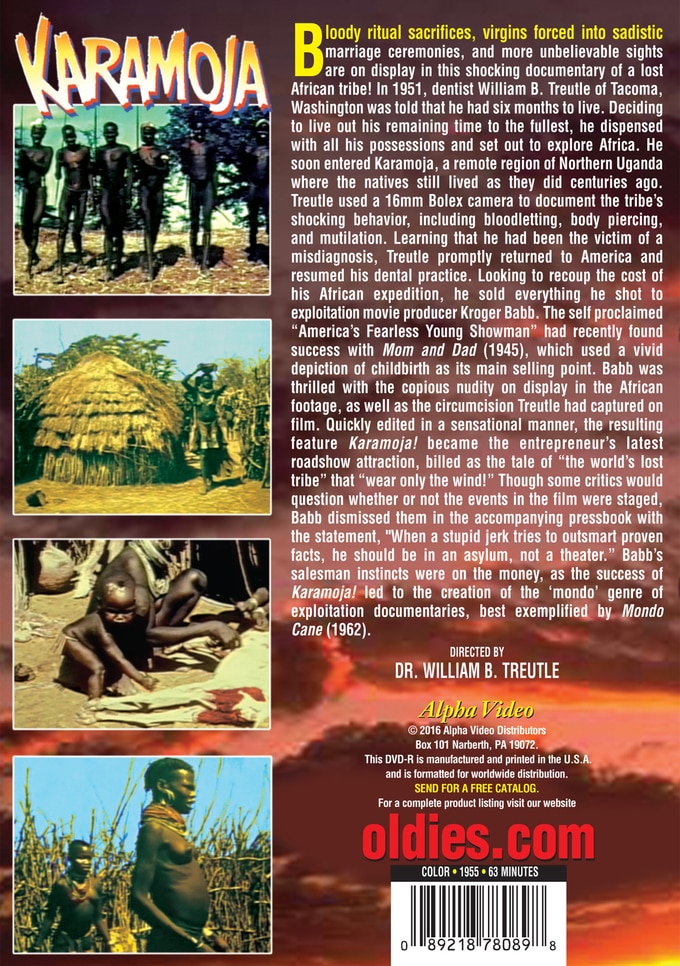 Bloody ritual sacrifices, virgins forced into sadistic marriage ceremonies, and more unbelievable sights are on display in this shocking documentary of a lost African tribe! In 1951, dentist William B. Treutle of Tacoma, Washington was told that he had six months to live. Deciding to live out his remaining time to the fullest, he dispensed with all his possessions and set out to explore Africa. He soon entered Karamoja, a remote region of Northern Uganda where the natives still lived as they did centuries ago. Treutle used a 16mm Bolex camera to document the tribe's shocking behavior, including bloodletting, body piercing, and mutilation. Learning that he had been the victim of a misdiagnosis, Treutle promptly returned to America and resumed his dental practice. Looking to recoup the cost of his African expedition, he sold everything he shot to exploitation movie producer Kroger Babb. The self-proclaimed "America's Fearless Young Showman" had recently found success with Mom and Dad (1945), which used a vivid depiction of childbirth as its main selling point. Babb was thrilled with the copious nudity on display in the African footage, as well as the circumcision Treutle had captured on film. Quickly edited in a sensational manner, the resulting feature Karamoja! became the entrepreneur's latest roadshow attraction, billed as the tale of "the world's lost tribe" that "wear only the wind!" Though some critics would question whether or not the events in the film were staged, Babb dismissed them in the accompanying pressbook with the statement, "When a stupid jerk tries to outsmart proven facts, he should be in an asylum, not a theater." Babb's salesman instincts were on the money, as the success of Karamoja! led to the creation of the 'mondo' genre of exploitation documentaries, best exemplified by Mondo Cane (1962).

Documentary | Africa
This product is made-on-demand by the manufacturer using DVD-R recordable media. Almost all DVD players can play DVD-Rs (except for some older models made before 2000) - please consult your owner's manual for formats compatible with your player. These DVD-Rs may not play on all computers or DVD player/recorders. To address this, the manufacturer recommends viewing this product on a DVD player that does not have recording capability.

50%off
Documentaries of Darkest Africa Collection (3-DVD)
$11.97 on Sale
Add to Cart