Some ladies will do anything for a good cause. 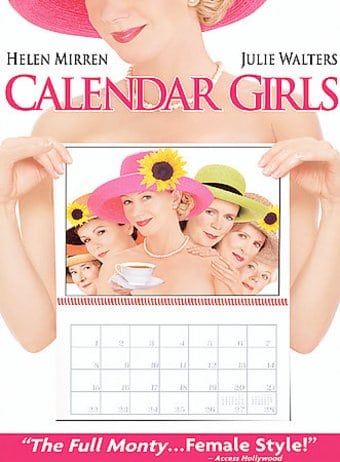 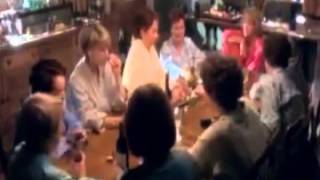 Based on a true story, Nigel Cole's CALENDAR GIRLS has a mix of comedy and heart-tugging emotion that compares with British comedies FOUR WEDDINGS AND A FUNERAL and THE FULL MONTY. Annie (Julie Walters) and Chris (Helen Mirren), of bucolic Yorkshire, belong to the Women's Institute (WI), which preserves traditional homemaking practices. While they're just as dedicated as the other ladies in the group, Annie and Chris are adventurous personalities, and they poke fun at the WI's tedious lectures on broccoli and fabrics. In an effort to raise money for the local hospital while also spicing things up at the WI, the ladies decide to put a new spin on the WI calendar, which usually depicts landscapes or churches. The women will pose nude for the calendar while performing traditional activities like baking and gardening. It's no surprise that the finished calendar is a wild success, bringing the ladies instant notoriety and adoration.

Stellar talent carries the story, especially from glorious Mirren, who portrays yet another daring female character, as she did in past films like THE COOK, THE THIEF, HIS WIFE, AND HER LOVER. Staying true to the real-life story, the film closely matches the original calendar photos, and provides a funny, touching, uplifting tale.

Calendar Girls
When 12 ordinary members of the Women's Institute, a prim and proper local ladies' club, decide they need to find a more compelling way to raise money for a new charity, they turn to their traditional annual calendar and give it a very untraditional twist. Behind the usual baked goods, the apple pressing, and the flower arrangements are the women -- completely nude! Starring 2003 Golden Globe nominee Helen Mirren (Best Actress, CALENDAR GIRLS) and Julie Walters (HARRY POTTER AND THE CHAMBER OF SECRETS), CALENDAR GIRLS is a terrifically entertaining comedy. And that's the naked truth.

The Englishman Who Went Up a Hill But Came Down a Mountain
$10.90
Add to Cart