The Secret To Success Is Pure Monkey Business 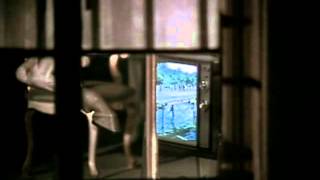 A young man (Russell) working in the mailroom of a television network rises to the top of the company after he discovers that his girlfriend's chimp is capable of picking hit shows. But what happens when his monkey secret is discovered' A fun family movie from Disney.

The Barefoot Executive
In the great Disney tradition of wild family fun, a young Kurt Russell stars as Steven Post -- an ambitious mailroom clerk at a second-rate TV network. With his eye on the boardroom, and getting nowhere with the studio's top dog, he makes a career-changing discovery. His girlfriend's lovable pet chimp can pick a hit show every time! His secret for success turns into madcap monkey business when he makes vice president and jealous rivals want in on the act. Ride along with narrow escapes and a classic cast featuring Joe Flynn and Harry Morgan in a comedic climb up the corporate ladder that will leave you howling for more!

A lowly mail boy at a failing network and a chimp befriend one another once the mail clerk realizes the simian has the uncanny ability to pick hit TV shows. Naturally, the mail boy uses the chimp to climb the corporate ladder, doing an even better job than the scurvy top honcho at the network. But when the scam is uncovered, the question remains: What will happen to this odd entrepreneurial couple'

22%off
The Horse in the Gray Flannel Suit
$11.70 Super Savings
Add to Cart