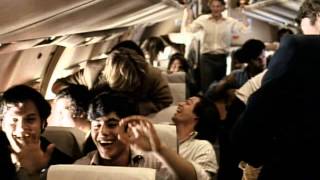 "It's like communion - from their death, we live."
- A Survivor in "Alive"

The true-life adventure of a Uruguayan team of rugby players who survive a plane crash in the desolate Andes Mountains in 1972. For 10 weeks they struggled against impossible odds and freezing temperatures to stay alive. See also the documentary ALIVE: 20 YEARS LATER.

Alive: 30th Anniversary Edition
Witness ALIVE, the thrilling true-life adventure of challenge and survival! In this action-packed hit, a team of tough rugby players survive a plane crash deep in the desolate, snow-covered Andes. Stranded there, they must overcome incredible odds to stay alive! See for yourself the unforgettable story of ordinary young men who find courage in the face of disaster and test the very limits of human endurance! It's an astonishing death-defying triumph that will both entertain ... and inspire you!

In October 1972, a plane chartered by the Uruguayan rugby team crashed in to the snow-covered Andes. Many passengers were killed on contact, but several people survived. They only had rations for a short time. When they learned through their transistor radio that the search effort for their plane had been aborted, two team members tried to cross the Andes in search of civilization. A young medical student warned them that if they wanted to survive until help arrived they must eat the flesh of their dead compatriots. When the trekkers who succeeded in reaching Chile returned with help some time later, 16 had been kept alive through cannibalism, and 29 had died from the accident, the avalanche, and the cruelty of the weather.

16%off
The Mountain Between Us
$8.40 Super Savings
Add to Cart

16%off
Stranded: The Andes Crash Survivors in Their Own Words
$25.30 Super Savings
Add to Cart