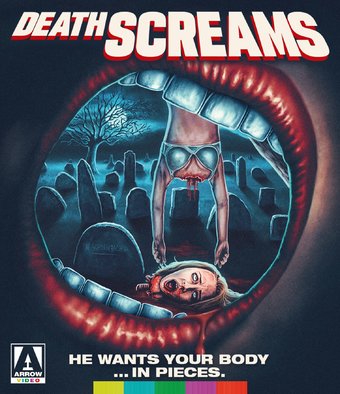 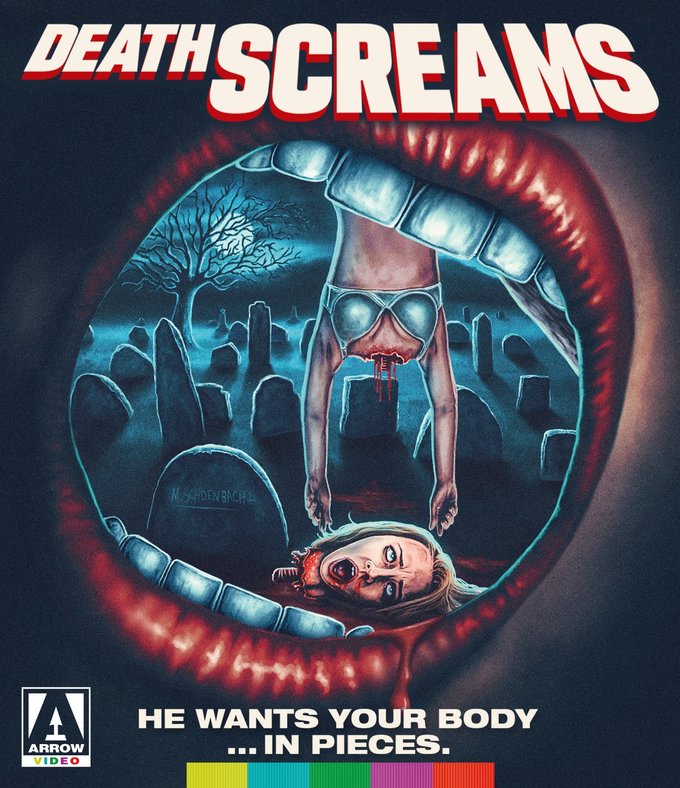 THE HOUSE OF DEATH is bland, early-'80s slasher fare featuring a gallery of obnoxious, over-sexed teens (the kind who think cemeteries are a real turn-on) who are pursued and systematically disembowelled by the standard faceless, black-clad psychopath. The killer's weapon of choice here is the garden-variety machete, which he puts to prodigious use on many nubile nymphettes (former Playboy Playmate of the year Susan Kiger among them) in the sleepy Southern town of Shelby, NC. Though plentiful, the killings are neither original nor convincing (with the exception of a two-for-one decapitation special), and the film's production values are virtually nonexistent. This film was also released to home video as NIGHT SCREAMS and DEATH SCREAMS.