What a Girl Wants PG 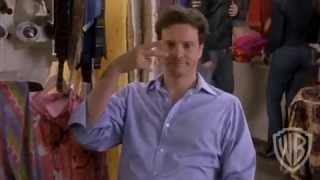 What a Girl Wants - Theatrical Trailer #2

Teenager Daphne Reynolds (Amanda Bynes) dreams of one day dancing with her father at her wedding. Her dream is complicated by the fact that she has never met her dad, Lord Henry Dashwood (Colin Firth), a British politician to whom her mother, singer Libby (Kelly Preston), was married 17 years prior. Unfortunately, Henry's aristocratic family did not approve of bohemian Libby and drove her away. Determined to find her father, who has no idea that she exists, Daphne leaves her New York City home and runs off to London, where, much to the dismay of Henry's conniving fiancée (Anna Chancellor) and her jealous daughter (Christina Cole), she soon becomes a part of daily life at Dashwood Manor. Can a free-spirited American teenager survive in proper British high society' Not without a few bumps along the road. As Daphne tries to fit into her father's world, she has to decide whether or not she is willing to give up all of the traits that make her unique. Also starring Jonathan Pryce, Eileen Atkins, and Oliver James, WHAT A GIRL WANTS is directed by Dennie Gordon (THE ADVENTURES OF JOE DIRT).

Coming-of-Age Comedy. Daphne (Amanda Bynes), a spirited young American girl, travels to London in search of her long-lost father (Colin Firth), an influential aristocratic politician. As Daphne attempts to prove that love can conquer all, her impulsive behavior creates an uproar in high society, where her unique style threatens to undermine the relationship she has waited her whole life to experience.