Hawkeye And The Last of The Mohicans Volume 6

Four exciting adventures from the vintage TV series based on the classic by James Fenimore Cooper. 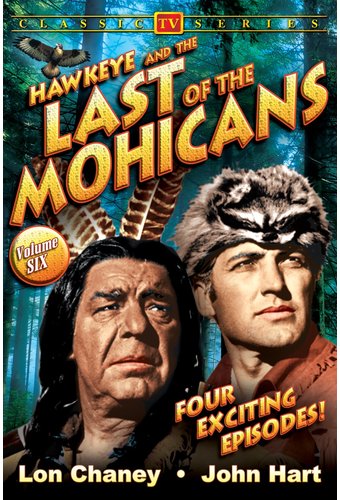 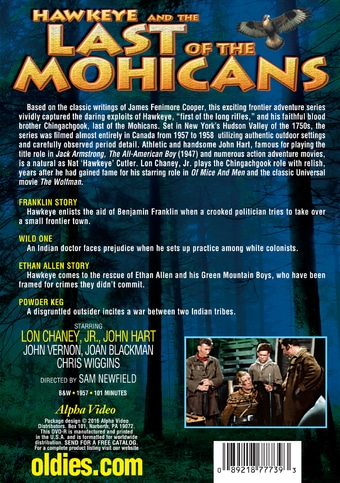 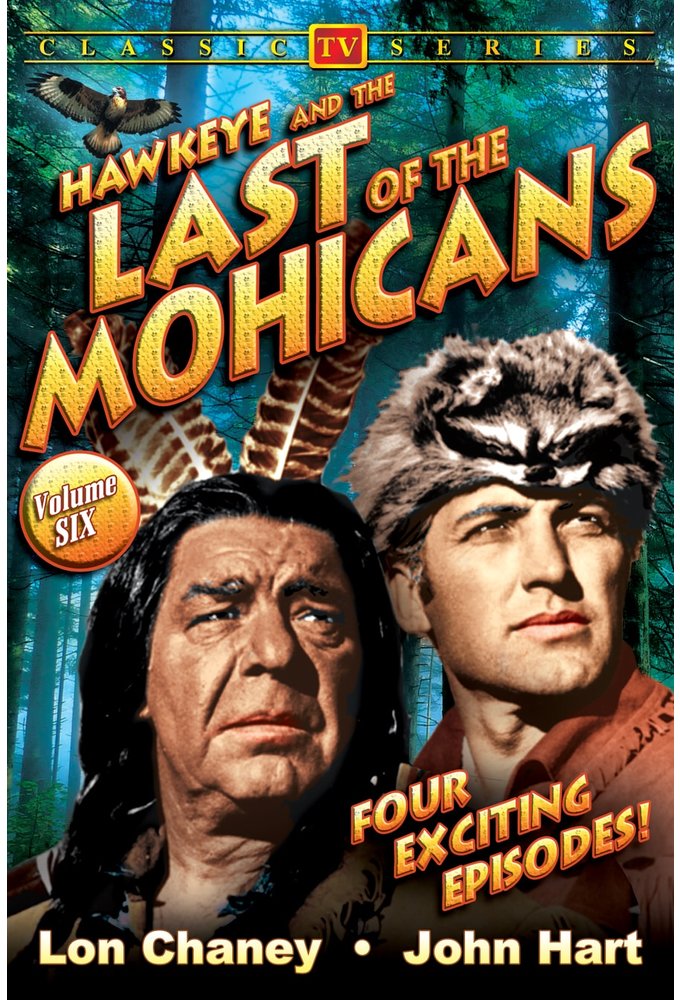 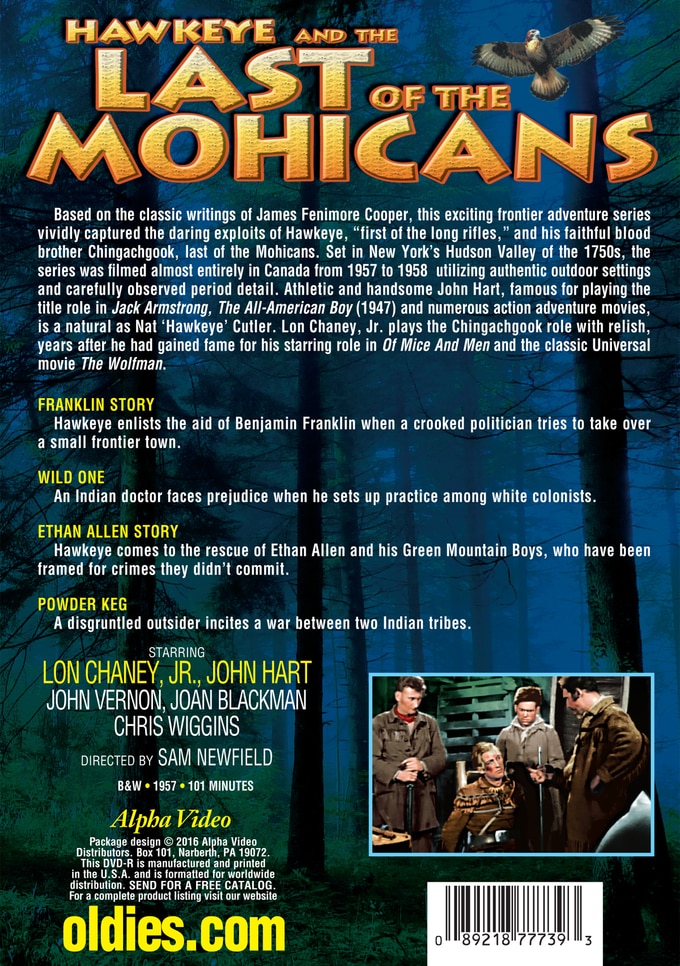 Based on the writings of James Fenimore Cooper, this exciting frontier adventure series vividly captured the daring exploits of Hawkeye, "first of the long rifles," and his faithful blood brother Chingachgook, last of the Mohicans. Set in New York's Hudson Valley of the 1750s, the series was filmed almost entirely in Canada from 1957 to 1958 utilizing authentic outdoor settings and carefully observed period detail. Athletic and handsome John Hart, famous for playing the title role in Jack Armstrong, The All-American Boy (1947) and numerous action-adventure movies, is a natural as Nat 'Hawkeye' Cutler. Lon Chaney, Jr. plays the Chingachgook role with relish, years after he had gained fame for his starring role in Of Mice and Men (1939) and the classic Universal movie The Wolf Man (1941).

FRANKLIN STORY: Hawkeye enlists the aid of Benjamin Franklin when a crooked politician tries to take over a small frontier town.

WILD ONE: An Indian doctor faces prejudice when he sets up practice among white colonists.

ETHAN ALLEN STORY: Hawkeye comes to the rescue of Ethan Allen and his Green Mountain Boys, who have been framed for crimes they didn't commit.

38%off
Hawkeye and the Last of the Mohicans: 10 Episode Collection...
$4.98 Super Savings
Add to Cart