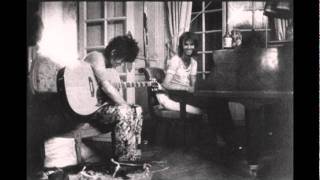 The Hunter Gets Captured By The Game - with Ella Fitzgerald.mpg (Music Video) 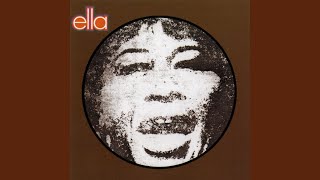 Ella Fitzgerald, do you really need to say any more than that? This 1969 release offers up a delightful concept of having Ella Fitzgerald offer her interpretation of some of the greatest pop songs of the time. Featured tracks include her takes on the Beatles' "Got to Get You Into My Life" and "Savoy Truffle."

Recording information: Olympic Sound Studios, London, England (05/26/1969-05/30/1969).
Arranger: Richard Perry.
Ella Fitzgerald's first flirtation with the acid rock era was a 1968 live date with Tommy Flanagan, titled Sunshine of Your Love, but it featured only a pair of songs from rock composers, Cream's title song and the Beatles' "Hey Jude." (Granted, they were the first two songs on the LP.) One year later, Warner booked studio time at Olympic Studios in London for her to work with producer Richard Perry, a former associate of the Leiber & Stoller crew at the Red Bird label and fresh off a remake of Fats Domino's image (for Fats Is Back). The results here are roughly similar to what he did with Fats; Perry chose songs that were most easily rendered by his artist and most capable of crossing over. Ella submerges herself nearly entirely in the work of rock or R&B stalwarts -- Smokey Robinson, the Beatles, Randy Newman, Harry Nilsson -- and Perry obliges with arrangements anchored by horns, acoustic or electric pianos, and only occasionally, strings. Despite the comfortable backings, it's never able to escape the feel of a crossover; on her version of Smokey Robinson & the Miracles' "Ooo Baby Baby," Ella makes some wonderful choices during the verses (it's easy to see traditional pop's influence on Smokey himself), but, on the choruses, she's chained to her backing chorus with poor results. ~ John Bush