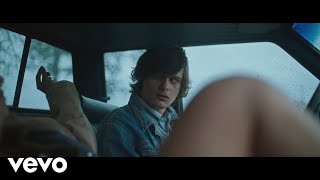 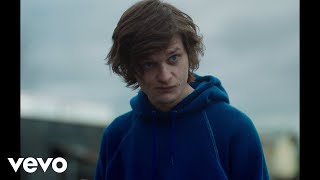 Personnel: Wesley Schultz (vocals, guitar); Jeremiah Fraites (guitar, piano, synthesizer, vibraphone, drums, cymbals, tambourine, background vocals); Lauren Jacobson (violin, background vocals); Anneke Schaul-Yoder (cello); David Baron (harmonium, keyboards, synthesizer); Simone Felice (maracas, background vocals); Byron Isaacs (background vocals).
Audio Mixers: David Baron; Ryan Hewitt.
Photographers: Max Knies; Kevin Phillips .
III is a prosaic title for a release as ambitious as the Lumineers' third effort. The numeric title carries a double meaning: the album is a song cycle told in three parts, with the first two available as a digital EP prior to the September 2019 release of III. Through these three chapters, the Lumineers tell a tale of the long-lasting ramifications of addiction and co-dependence. The ten ruminative songs (the deluxe edition adds three bonus tracks, including a cover of Leonard Cohen's "Democracy" and the slight sketch "Soundtrack Song") are collectively a far cry from the rousing stomp of "Ho Hey." Tempos rarely quicken and the arrangements often do little more than gently cradle the plaintive voice of Wesley Schultz. When the record does get a little lively, as it does on "It Wasn't Easy to Be Happy for You" and the searching closer "Salt and the Sea," there's still a melancholy undercurrent tying the whole record together. Schultz and co-writer Jeremiah Fraites etch telling details into their story that make the sadness seem earned and realized, if lugubrious. III moves at a deliberate, nearly dreary pace that forces a listener to pay attention, and while it can take some effort to meet the Lumineers on their own terms, it's nevertheless easy to admire the ambition behind the project. ~ Stephen Thomas Erlewine

Of Monsters And Men
Fever Dream
$14.60
Add to Cart

Vampire Weekend
Father Of The Bride
$13.60
Add to Cart