Michael Rennie and Cesar Romero star as two bank robbers hiding out in a convent after a botched hold-up. Includes two bonus episodes of "Playhouse of Stars" with Anthony Quinn and Stephen McNally. 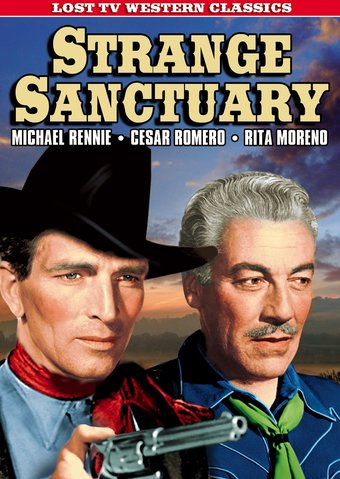 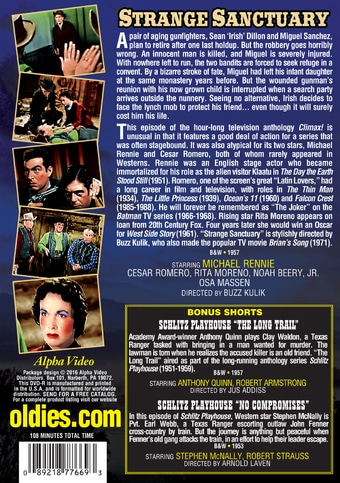 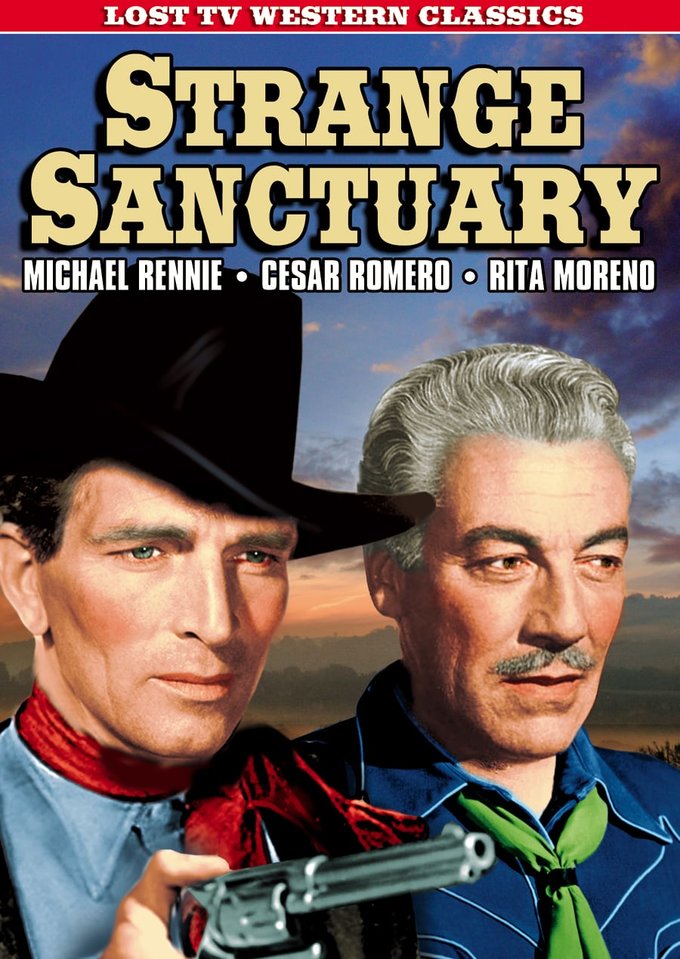 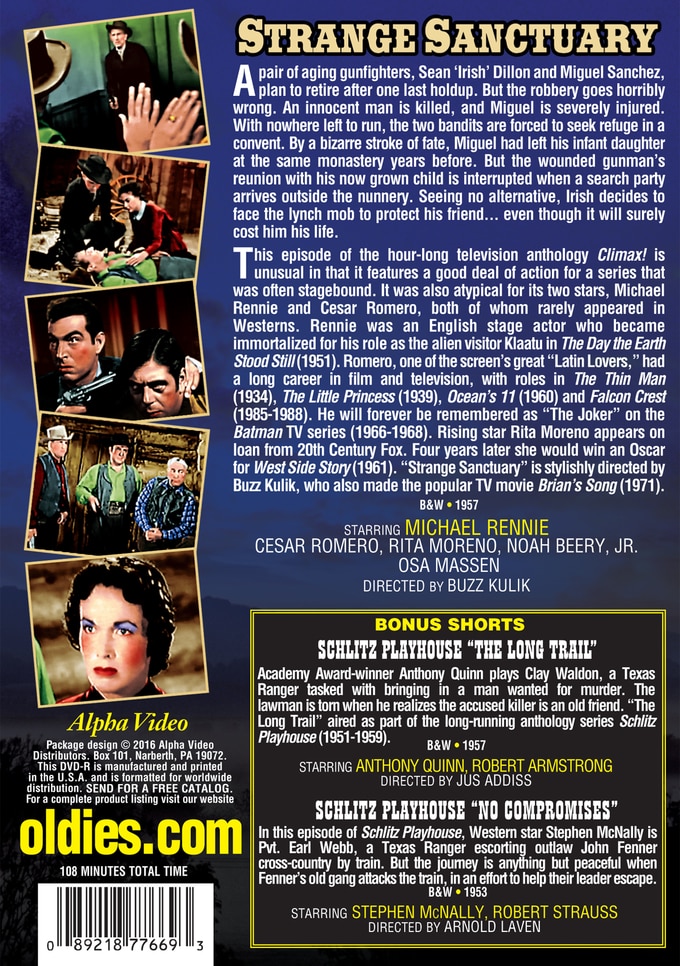 A pair of aging gunfighters, Sean 'Irish' Dillon and Miguel Sanchez, plan to retire after one last holdup. But the robbery goes horribly wrong. An innocent man is killed, and Miguel is severely injured. With nowhere left to run, the two bandits are forced to seek refuge in a convent. By a bizarre stroke of fate, Miguel had left his infant daughter at the same monastery years before. But the wounded gunman's reunion with his now grown child is interrupted when a search party arrives outside the nunnery. Seeing no alternative, Irish decides to face the lynch mob to protect his friend...even though it will surely cost him his life.

This episode of the hour-long television anthology Climax! is unusual in that it features a good deal of action for a series that was often stagebound. It was also atypical for its two stars, Michael Rennie and Cesar Romero, both of whom rarely appeared in Westerns. Rennie was an English stage actor who became immortalized for his role as the alien visitor Klaatu in The Day the Earth Stood Still (1951). Romero, one of the screen's great "Latin Lovers", had a long career in film and television, with roles in The Thin Man (1934), The Little Princess (1939), Ocean's 11 (1960) and Falcon Crest (1985-1988). He will forever be remembered as "The Joker" on the Batman TV series (1966-1968). Rising star Rita Moreno appears on loan from 20th Century Fox. Four years later she would win an Oscar for West Side Story (1961). "Strange Sanctuary" is stylishly directed by Buzz Kulik, who also made the popular TV movie Brian's Song (1971).

Schlitz Playhouse "No Compromises" (BW, 1953): In this episode of Schlitz Playhouse, Western star Stephen McNally is Pvt. Earl Webb, a Texas Ranger escorting outlaw John Fenner cross-country by train. But the journey is anything but peaceful when Fenner's old gang attacks the train, in an effort to help their leader escape. Starring Stephen McNally, Robert Strauss. Directed by Arnold Laven.