Forgotten Women (aka The Mad Parade)

Uncompromising pre-code tale of nine nurses working on the front lines during World War I. 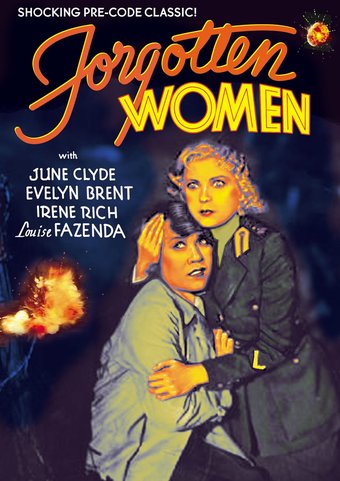 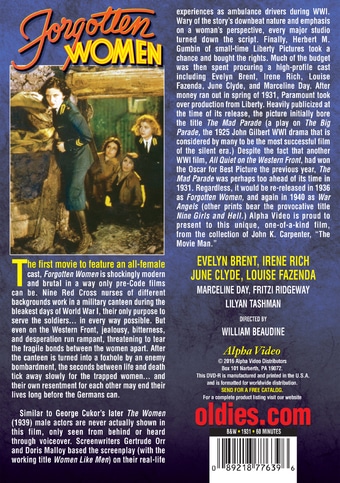 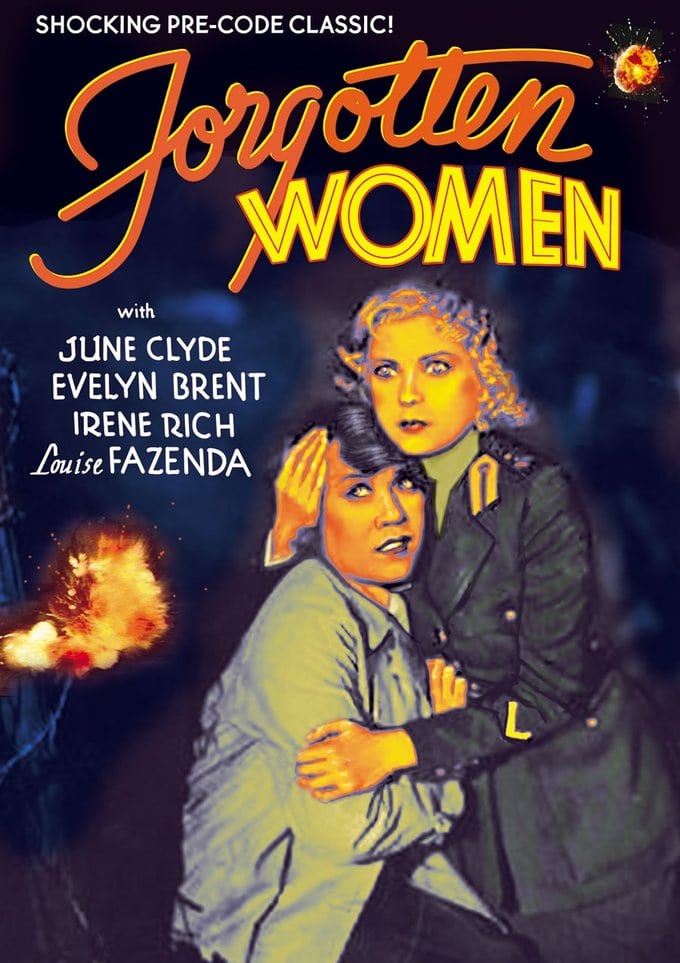 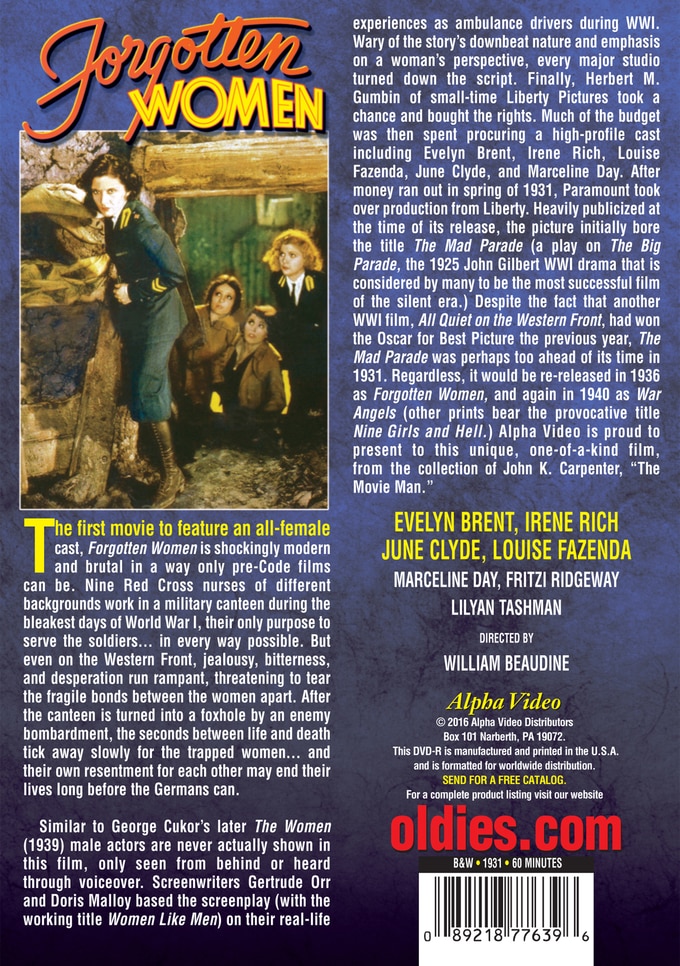 The first movie to feature an all-female cast, Forgotten Women is shockingly modern and brutal in a way only pre-Code films can be. Nine Red Cross nurses of different backgrounds work in a military canteen during the bleakest days of World War I, their only purpose to serve the soldiers...in every way possible. But even on the Western Front, jealousy, bitterness, and desperation run rampant, threatening to tear the fragile bonds between the women apart. After the canteen is turned into a foxhole by an enemy bombardment, the seconds between life and death tick away slowly for the trapped women...and their own resentment for each other may end their lives long before the Germans can.

Similar to George Cukor's later The Women (1939) male actors are never actually shown in this film, only seen from behind or heard through voiceover. Screenwriters Gertrude Orr and Doris Malloy based the screenplay (with the working title Women Like Men) on their real-life experiences as ambulance drivers during WWI. Wary of the story's downbeat nature and emphasis on a woman's perspective, every major studio turned down the script. Finally, Herbert M. Gumbin of small-time Liberty Pictures took a chance and bought the rights. Much of the budget was then spent procuring a high-profile cast including Evelyn Brent, Irene Rich, Louise Fazenda, June Clyde, and Marceline Day. After money ran out in spring of 1931, Paramount took over production from Liberty. Heavily publicized at the time of its release, the picture initially bore the title The Mad Parade (a play on The Big Parade, the 1925 John Gilbert WWI drama that is considered by many to be the most successful film of the silent era.) Despite the fact that another WWI film, All Quiet on the Western Front, had won the Oscar for Best Picture the previous year, The Mad Parade was perhaps too ahead of its time in 1931. Regardless, it would be re-released in 1936 as Forgotten Women, and again in 1940 as War Angels (other prints bear the provocative title Nine Girls and Hell.) Alpha Video is proud to present to this unique, one-of-a-kind film, from the collection of John K. Carpenter, "The Movie Man."