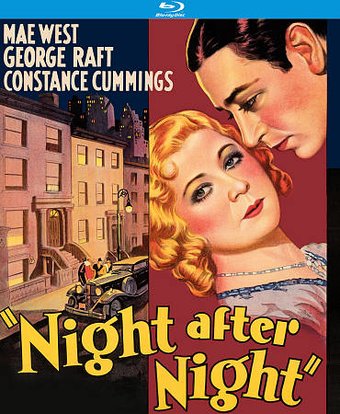 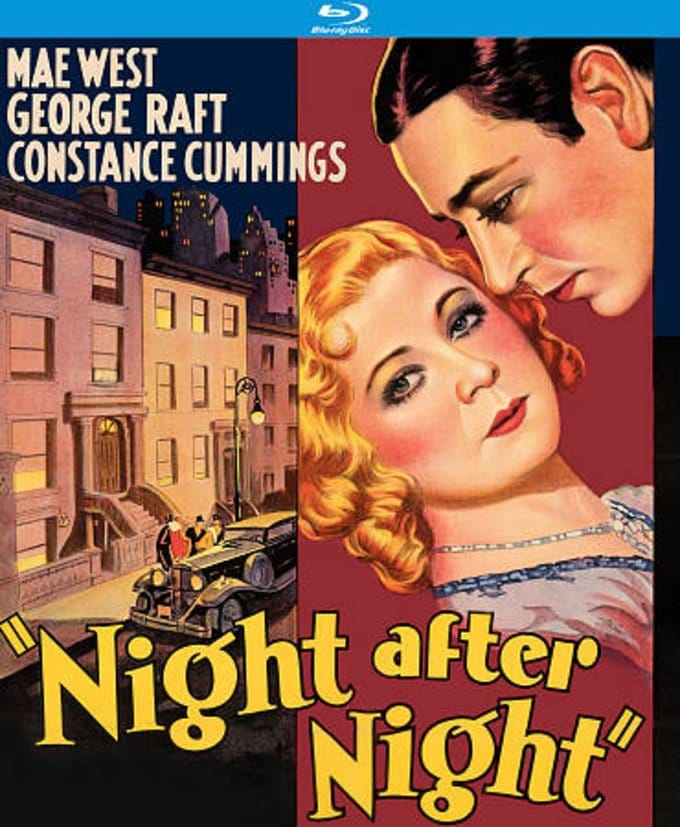 In her first appearance on the silver screen, Mae West steals the show as Maudie Triplett, one of the ex-lovers of gangster Joe Anton. Anton (George Raft) is a retired boxer and the owner of "55," a New York speakeasy which used to be the posh Healy estate. Anton falls for the house's former owner, Miss Jerry Healy (Constance Cummings), and decides that marrying her is his chance to buy his way into a little refinement and clean up his act. But wooing Healy proves difficult as his efforts are consistently thwarted by a parade of ex-mistresses led by Triplett. When Joe discovers that Jerry is engaged to another man, his troubles are more than amorous--he has already cut a deal to get out of the speakeasy racket, and backing out of it could mean the end for Joe. NIGHT AFTER NIGHT is an excellent early talkie gangster flick, and should not be missed by fans of Miss Mae West.

Ex-boxer Joe Anton is the owner of "55," a New York speakeasy which in its heyday used to be the posh Healy estate. Seeing the house's former owner, Miss Jerry Healy, at his club every night, Joe falls for the socialite and decides that marrying her is his chance to get a little refinement and go straight. Wooing Miss Healy isn't easy, however, as his attempts are constantly being thwarted by a parade of ex-mistresses. But when Joe discovers that Jerry is engaged to another man, he realizes that he's in real trouble. Because Joe already made a deal to get out of the racket by selling the speakeasy to mobster Frankie Guard, and now that Jerry doesn't want him, Joe has to back out... that could mean the end for Joe. And the only thing that can save him now is if Jerry realizes that she really does love him.