No one would take on his case... until one man was willing to take on the system. 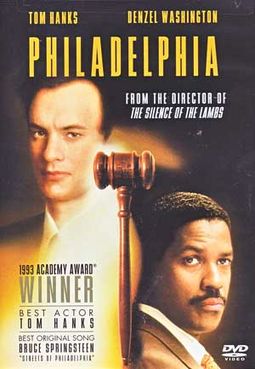 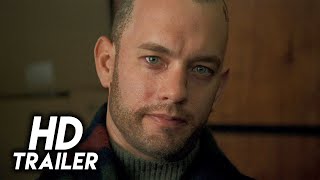 Tom Hanks plays Andrew Beckett, a hotshot Philadelphia lawyer who has been keeping his homosexuality, and his AIDS, hidden from his conservative bosses. When he's suddenly and inexplicably fired, Andrew suspects AIDS is the reason, and is determined to fight in court, even as he is losing his other battle, against the disease. Beckett hires attorney Joe Miller (Denzel Washington) to represent him, but the lawyer must first overcome his own homophobia and fears. Director Jonathan Demme filmed this after winning the Oscar for SILENCE OF THE LAMBS. The amazing cast includes Antonio Banderas, Joanne Woodward, and Jason Robards. Roger Corman and Charles Napier, both in LAMBS, make appearances. Bruce Springsteen's haunting song "Streets of Philadelphia" plays over the memorable opening credits. This sensitive, moody film touches on a vast array of subjects surrounding gay and straight men, family, and death, without ever being maudlin or preachy, which is to its immense credit. An undoubted influence on society's growing acceptance of homosexuality, PHILADELPHIA reminds us how far we've come in that direction, and how far we still need to go.