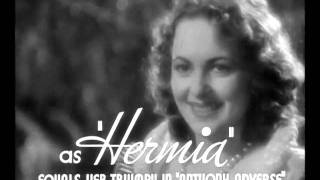 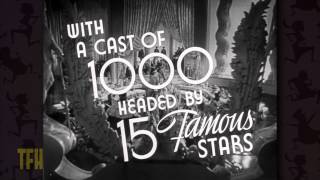 A film adaptation of Shakespeare's tale of foolish mortals, squabbling fairies and mismatched lovers.
Most of the play takes place deep in the forest, where a quartet of human lovers have fled: Hermia and Demetrius, happily in love, do not wish to be split up by the law of their land. Hot on their heels are Lysander, out to claim Hermia for his bride, and Helena... hopelessly besotted with Lysander.
Unfortunately, the four get caught up in a battle between Oberon, king of the fairies, and his wife Titania. In order to teach his queen a lesson, Oberon has ordered the sprite Puck to employ magic so that she will fall in love with a country bumpkin... who's been turned into an ass. Puck, however, can't resist using a little of the fairy dust on the troubled mortals. comic confusion follows -- much to the mischievous Puck's delight...